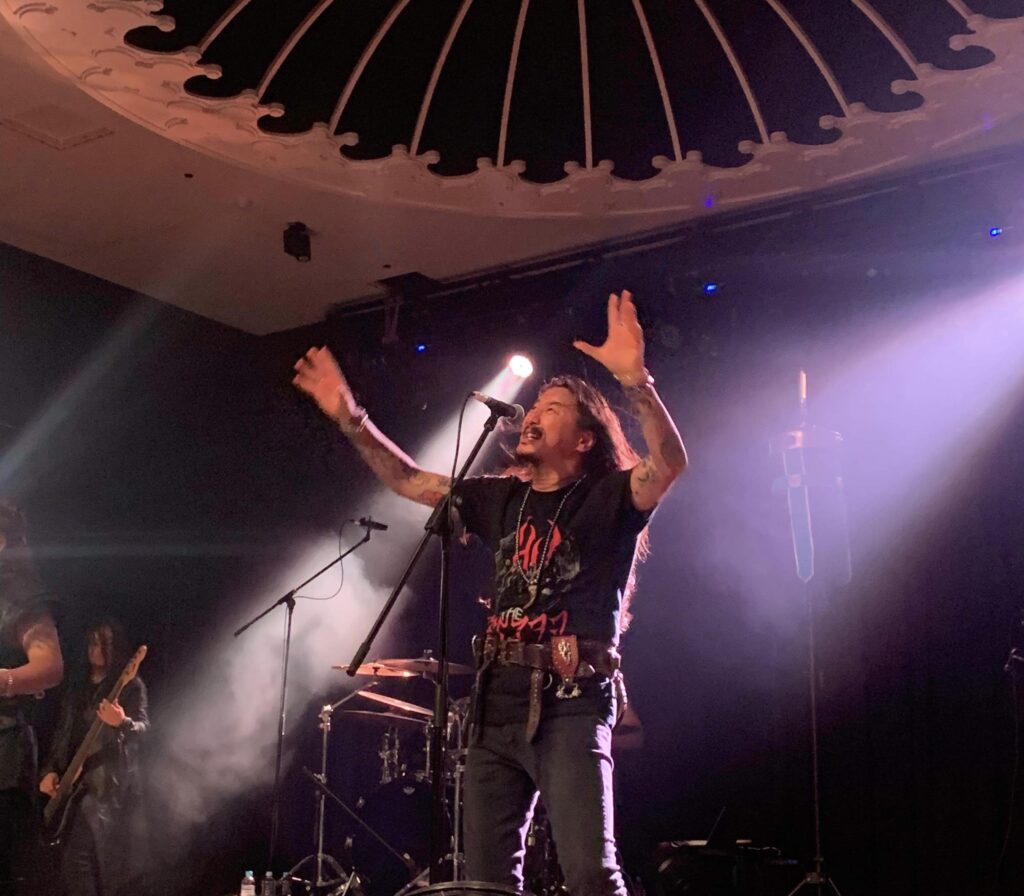 Every so often a band comes along that breaks the perceptions of what a rock band is.

Whether that be by infusing different musical elements or by reaching deep into their culture’s traditions and influences and modernising it to reach larger audiences and celebrate their heritage.

Enter The Hu, the Mongolian hard rock/metal band taking the world by storm through their use of traditional instruments like the Morin khuur (horse-head fiddle), the Tovshuur (three-stringed lute) and the vocal style known as throat singing to create a unique genre of their own.

Since the release of their debut ‘The Gereg’ in 2019, The Hu has gained a global reputation as one of the best live acts around and despite their last tour down under being cut short due to the lockdowns of the pandemic leaving them stranded here, the band were determined to return down under to not only finish where they left off but to also bring their thunderous sound to a much larger fan base that has grown in their absence.

Tonight’s show is at the famous Eaton’s Hill Hotel, whose stage has been a stomping ground for many large acts over the past few years and one of the best venues around, despite the massive trek to get there from the southern end of the state, it is well worth the trip especially to see the Mongolian metal masters for their sold out gig.

Brisbane blues band rock trio The Blackwater Fever have been tasked with opening on the tour, by the time they hit the stage the room is crammed wall to wall with punters who are quick to catch on to their dark whisky-soaked riffs and infectious energy.

It’s one hell of a job to be a support for a show like this but these guys did a mighty fine job of warming up the crowd for the brewing storm. 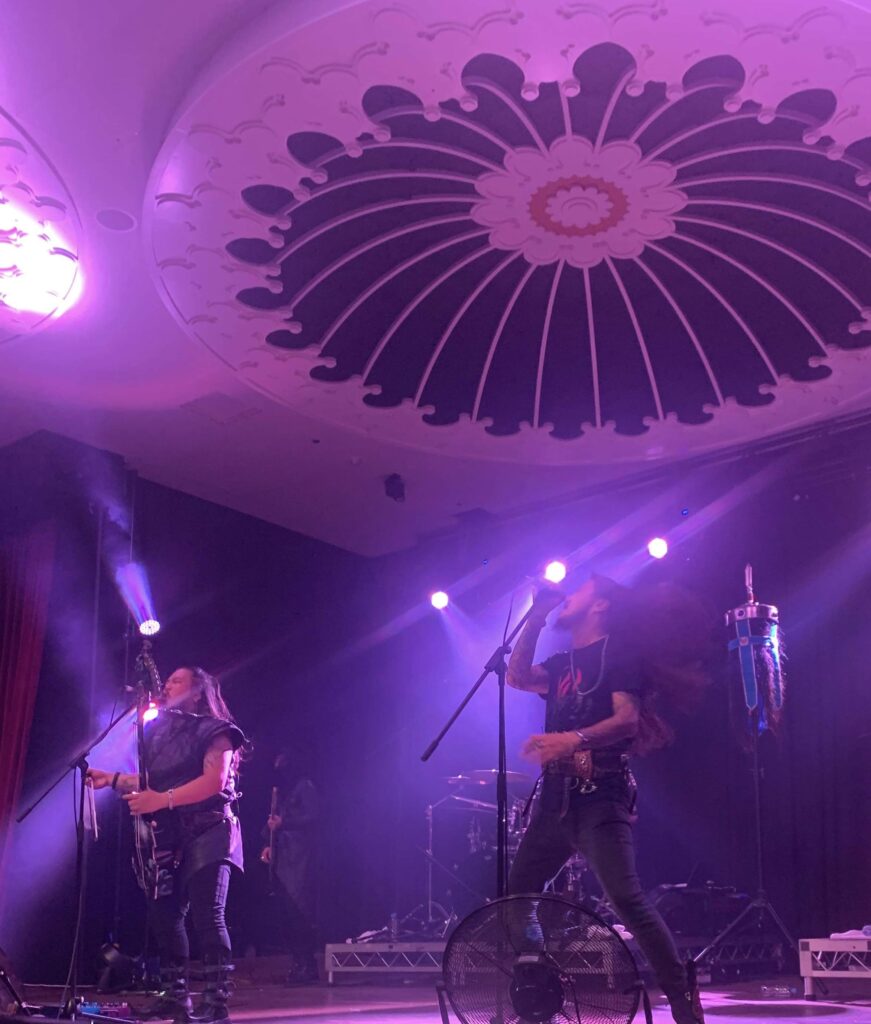 As The Hu hit the stage to thunderous applause and chants of ‘Hu Hu Hu Hu’  the band lead their set with the haunting Shihi Hutu before heading into the heavy groove of Shoog Shoog which gets the floor moving.

Things start to heat up when they play The Gereg, the opener of their debut album and the fans lose their minds and the performance kicks into high gear as they feed off the energy of the room.

Not only are The Hu musically incredible to witness live, but hearing the drone of the throat singing blasting through the PA in songs like The Great Chinggis Khaan and Yuve Yuve Yu shakes the walls of the venue and is an almost otherworldly and hypnotic experience as if the group are transporting you back in time to the days of their ancestors and the roots of where it all began, which at times throughout their performance is quite emotionally moving. 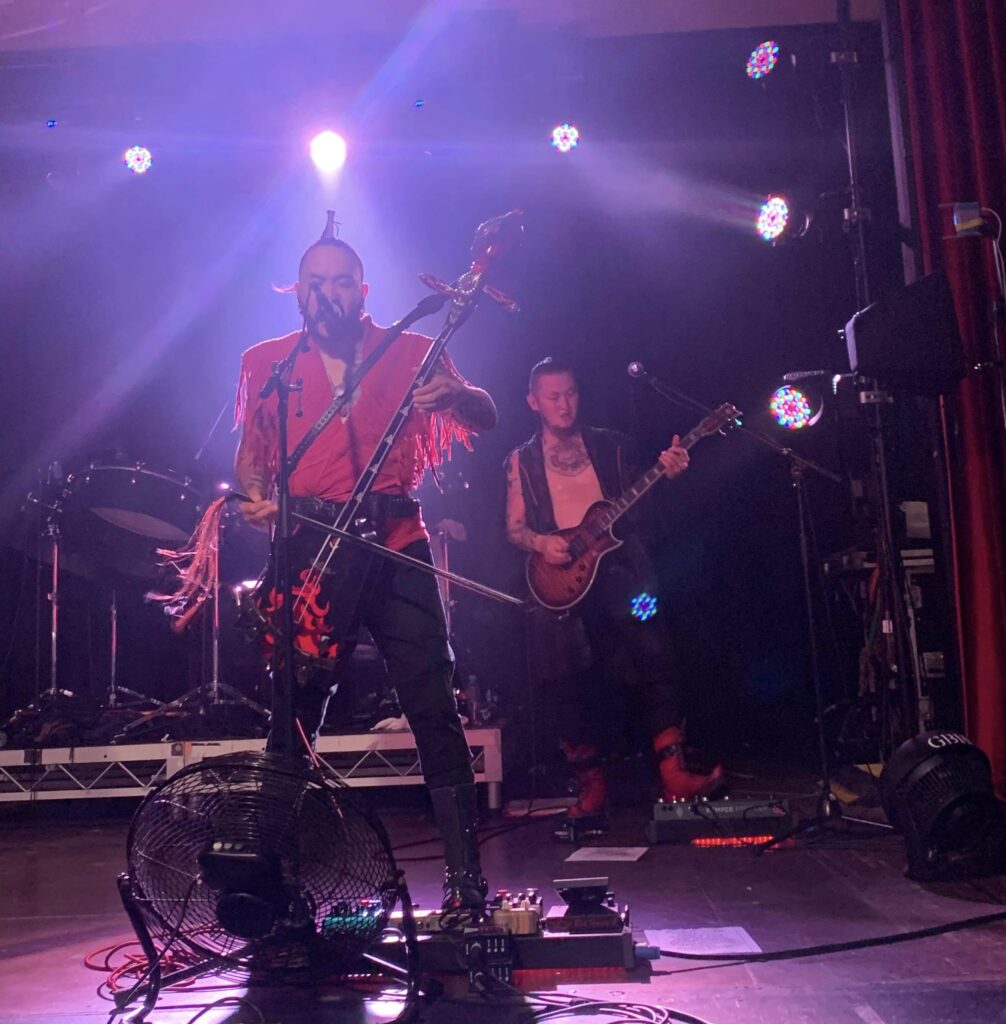 While their English may be limited, they sure as hell know how to connect to the fans with their charisma and high-energy showmanship, after all this is a rock show and these guys throw in as many ‘Thank you Brisbane’ and ‘Hu’ chants as they can to rile up the already rabid mosh pit.

Wrapping up the night with the massive hit Wolf Totem and the upcoming sophomore album singles Black Thunder and This is Mongol, The Hu briefly leave the stage and return for an encore of their version of Metallica’s Sad But True (Sad But Hu?) which goes down quite a treat. 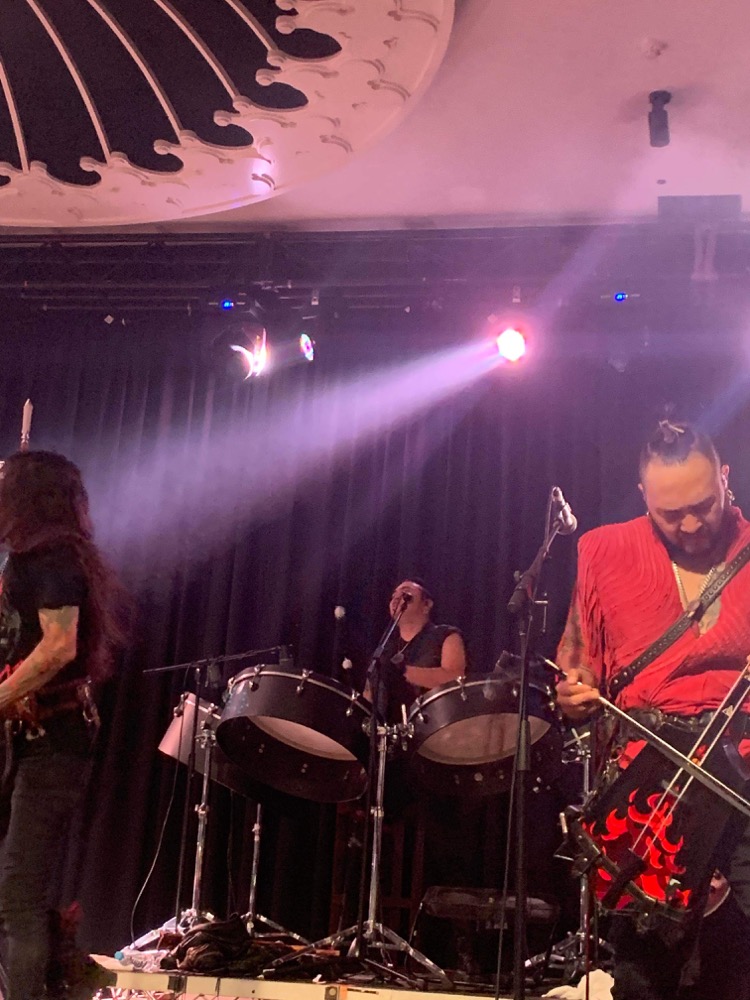 The band are an absolute force to be reckoned with and play with so much passion and presence that it’s easy to understand how they broke out on a global scale and have become heroes not only in their home country of Mongolia but also everywhere else in the world that has heard their music.

Walking away tonight the most inspiring thing about the gig is even despite the language barrier one thing is for certain, music in its purest powerful form will translate to anyone and bring people together and that’s why The Hu is an incredibly important band to the world and the future of keeping traditions alive and of course rock and roll.

For tickets and info on the remaining shows head to https://www.livenation.com.au/artist-the-hu-1261719 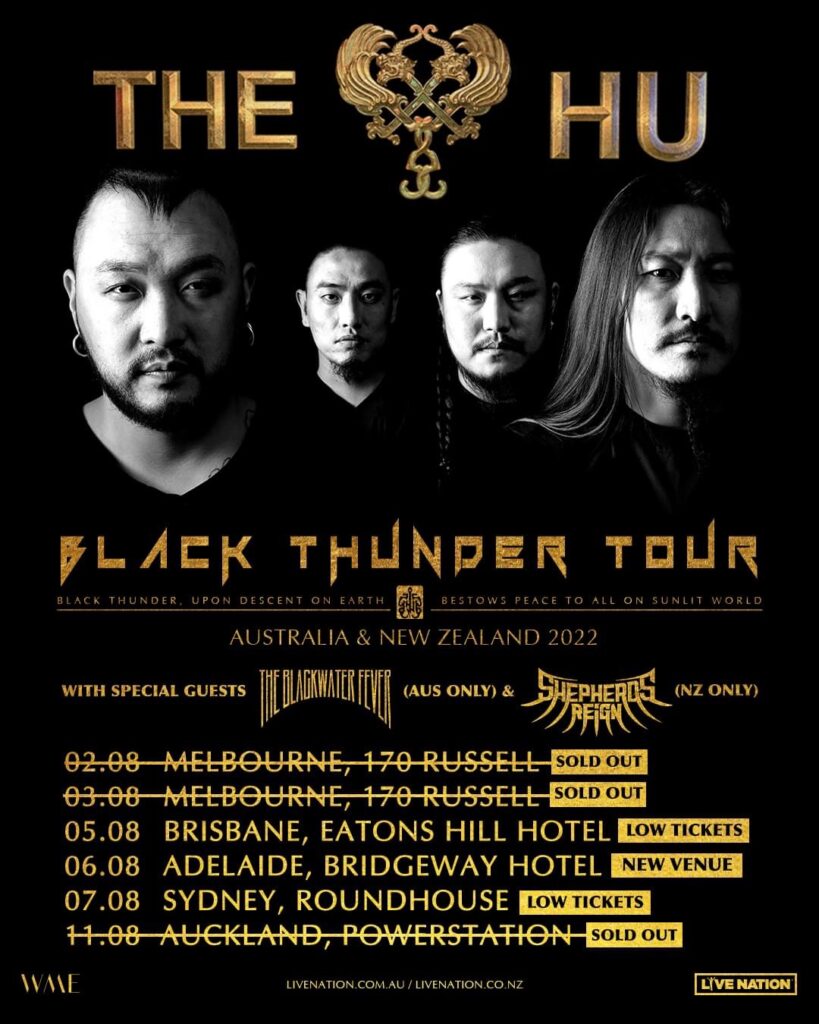 The Hu Release New Single, “This Is Mongol”, Touring Australia In August!

Photo Credit: Enkhbat Nyamkhishig Acclaimed Mongolian rock band The HU have released a new single called  “This Is Mongol” ahead of their second official studio album set for release later this year via Better Noise Music. With “This Is […]

Next week Mongolian rock legends THE HU will make their return down under ahead of their much anticipated sophomore album ‘Rumble of Thunder’ out September 2nd via via Better Noise Music. The Hu’s first Australian tour […]