Forged from blood and sweat, this new release combines the greatest strengths of extreme metal. INCITE jettison the extraneous bloat of slicker bands in favour of authentic grit and determination. The very spirit of heavy music culture, and attitude, courses through the veins of singer Richie Cavalera, guitarist Eli Santana, bassist Christopher “EL” Elsten, and drummer Lennon Lopez. Across five full-length albums and a handful of EPs, the Arizona powerhouse declared war on injustice, wealth inequality, and a bevy of similar societal ills with focused rage and violent intent!

The Everblack Podcast had a chat with Richie Cavalera from INCITE about their crushing new album ‘Wake Up Dead’ and new musical direction, signing to Atomic Fire Records and being part of their epic roster, having Max Cavalera guest for the first time on their records, growing up in the famous metal family, being on the cover of Atrophy’s ‘Violent by Nature’ and future touring plans! 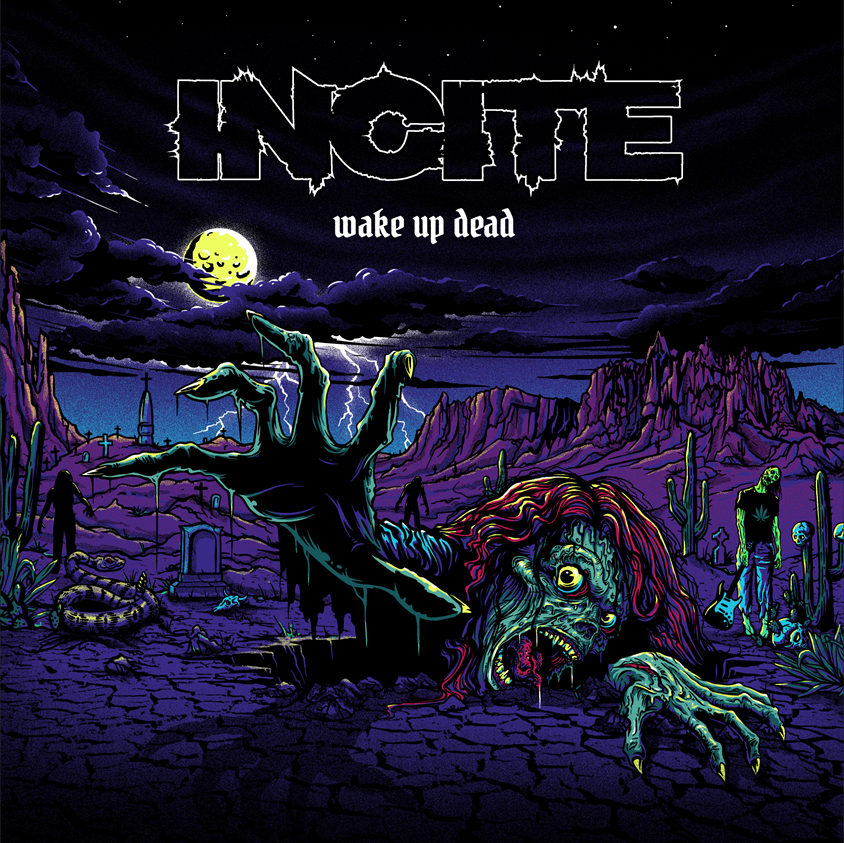