New York death metal giants, IMMOLATION, will release their latest immense creation, Acts Of God, on February 18, 2022. The 11th studio album serves as the next chapter of IMMOLATION’s death metal epic. With 5 long years passed since Atonement, Acts Of God vigorously showcases IMMOLATION’s ability to consistently create fascinating sounds, while still keeping their feet firmly rooted in the old school, New York Death Metal for which they are renowned.

Today, the band offers fans the second single of the album, The Age Of No Light. Check out the video here:

MMOLATION vocalist/ bassist Ross Dolan comments:
“We are very excited to unveil the next single ‘The Age of No Light’ to all the IMMOLATION maniacs around the globe!  This song showcases some of the more extreme elements as well as the darker heavier moments that run throughout this album.  This is an intense and furious track that does not let up once it starts, and I think Bob really did an amazing job in capturing this sonic fury as well as the dark essence of this song visually with this video. We hope everyone enjoys it!!!!”

Acts Of God saw the return of long-time friend and recording counterpart Paul Orofino of Millbrook Studios (BLUE OYSTER CULT, BAD CO, GOLDEN EARRING) while final touches were brought about on the mixing and mastering by Zack Ohren of Castle Ultimate Studios. For the cover artwork, the band enlisted Eliran Kantor to create the haunting new masterpiece that featured the muted colours and ethereal images that are hallmarks for IMMOLATION‘s artwork. The artwork pieces Inside the booklet were created by Santiago Jaramillo of Triple Seis Design. 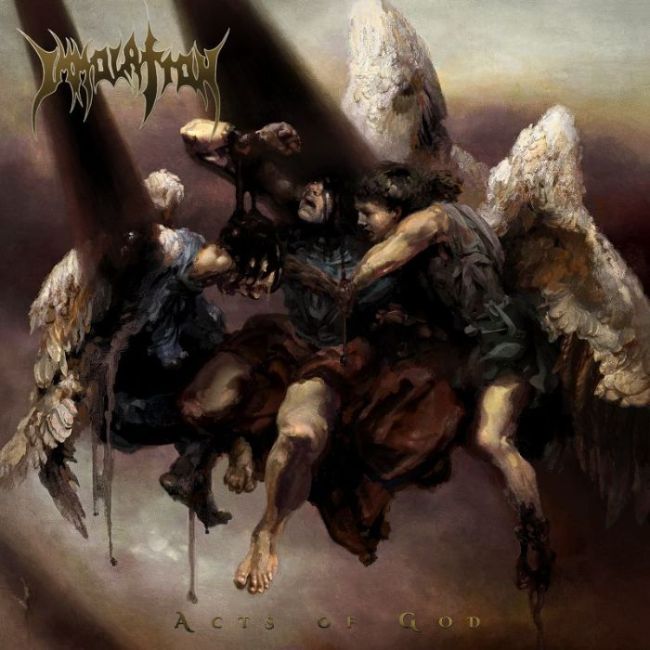