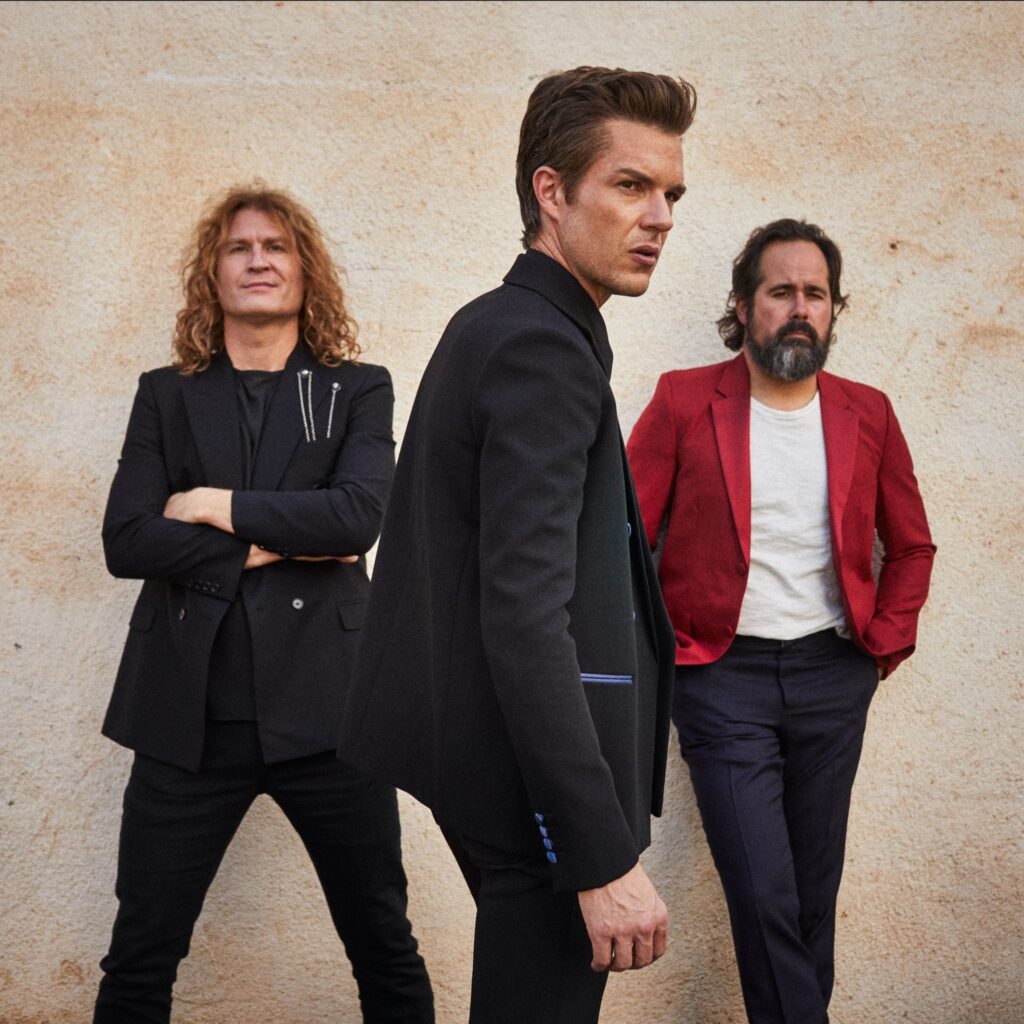 Frontier Touring are thrilled to welcome The Killers back to Australia and New Zealand for a massive nine-date mix of arena and outdoor shows on their Imploding The Mirage Tour 2022 in November-December.  Originally announced in 2020 when COVID first halted worldwide touring, this will be The Killers’ first time back on our shores since their 2018 Australasian tour which included ten completely sold-out arena shows.

The Australia and New Zealand leg of the Imploding The Mirage Tour 2022 kicks off at Auckland’s Spark Arena on Monday 21 November, down to Christchurch Arena on Friday 25 November, before visiting Brisbane Entertainment Centre on Tuesday 29 November, over to Peter Lehmann* for an outdoor performance in the Barossa Valley, South Australia on Saturday 3 December, Perth’s RAC Arena on Tuesday 6 December and Geelong’s Mt Duneed Estate* on Saturday 10 December. The Killers will then perform for audiences at Melbourne’s Rod Laver Arena on Tuesday 13 December, Hunter Valley’s Hope Estate on Saturday 17 December for another outdoor performance and wrapping up at Sydney’s Qudos Bank Arena on Monday 19 December.

Frontier Members can access their pre-sale from Thursday 11 November, before tickets go on sale to the general public on Monday 15 November.

For all ticketing information: frontiertouring.com/thekillers

The tour will see The Killers make their a day on the green debut with two big outdoor shows at: Peter Lehmann in the Barossa Valley, SA and Mt Duneed Estate, Geelong, VIC.    Tickets via adayonthegreen.com.au/thekillers

The Killers will tour our shores as part of the Imploding The Mirage Tour 2022, playing headline shows and festivals across the globe in celebration of their sixth studio album, the critically-acclaimed ARIA #1 album Imploding The Mirage (out now through Island Records/Universal Music Australia) and it’s lead single ‘Caution’.

Earlier this year while touring was still on hold due to the ongoing pandemic, The Killers released their seventh studio album, the quieter, character-study-driven album, Pressure Machine.  The resulting record is an aural document of growing up – and living – in the American Southwest, told from a myriad of perspectives.  Pressure Machine includes ‘Quiet Town’ and ‘Runaway Horses (featuring Phoebe Bridgers)’. The band performed album track ‘In Another Life’ live on The Late Late Show with James Corden.

Imploding The Mirage was self-produced by the band in partnership with musical engineer Shawn Everett (The War On Drugs, Kacey Musgraves, Beck) and Foxygen multi-instrumentalist Jonathan Rado. The album, as a whole, is heavily influenced by the likes of Kate Bush, Peter Gabriel, Bruce Springsteen and New Order and promises something of a return to the Heartland Rock sounds of much-loved albums like Sam’s Town and Battle Born. The list of featured artists includes Lindsey Buckingham, kd lang, Weyes Blood, Adam Granduciel (War On Drugs), Blake Mills, and Lucius.

The Killers first burst onto the scene in 2004, topping Australian charts and going double platinum with debut album Hot Fuss. Featuring hit singles ‘Mr. Brightside’ and ‘Somebody Told Me’, the album received instant popularity and widespread international success. Since then, the band have sold over thirty million albums worldwide, and headlined all of the world’s top festivals including Coachella, Lollapalooza, Glastonbury and received countless accolades including multiple Grammy nominations, American Music Award nominations, MTV Video Music Awards and NME Awards.