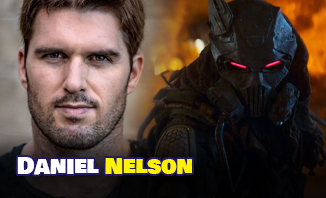 Most recently known for his portrayal of the fan favourite Kabal in the latest Mortal Kombat movie, Australian actor and stunt man Daniel Nelson has gone from humble beginnings on the Gold Coast to international recognition and hailed as one of best in the business when it comes to his craft.

Not only does he have MK under his belt, his other notable credits include Godzilla vs Kong as Alexander Skarsgard’s stunt double, the upcoming Thor: Love and Thunder film, as well as Amazon’s Lord of the Rings series which has just wrapped and creating a huge buzz ahead of its release.

This weekend Daniel will be a guest at Supanova Comic Con & Gaming alongside Tammin Sursok (Pretty Little Liars, Home and Away), Nathan Jones (Mortal Kombat, Mad Max: Fury Road), Luke Arnold (Black Sails), Lincoln Lewis (The Possessed, Home and Away) and a ton of other great guests from literature and the gaming a comic book world!

The Everblack Podcast caught up with Daniel Nelson ahead of his appearance at the Brisbane Supanova Comic Con & Gaming Convention to talk about portraying Kabal in Mortal Kombat and the physic demands of the role, His work on other projects including the highly anticipated new Thor movie, His time working at Warner Bros Movie World as Batman and other DC legends, His dream roles and hopes to join the Star Wars universe, excitement to meet fans at cons and more!