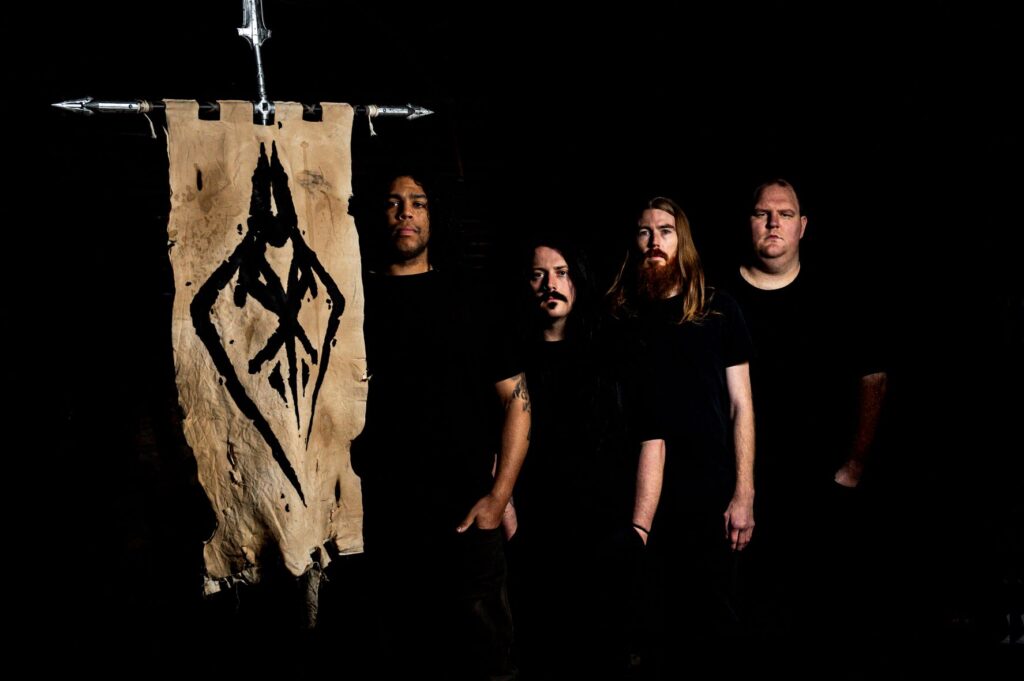 Melbourne metal quartet The Ascended are set to release their sophomore album ‘The Dark’ on September 17.

Bringing back mid-2000s style metalcore with crushing riffs and harsh vocals, coupled with breakdowns and lifting clean choruses.‘The Dark’ highlights their most impressive work to date, displaying refined technical prowess, while still holding true to themselves and what they have been over the past 5 years.

The Everblack Podcast spoke to The Ascended frontman Mat Wale to talk about their new album ‘The Dark’ and its lyrical concepts, upcoming tour with Desecrator and Harlott, what it’s like playing shows in Japan, running Destruct Agency and more!

In celebration of the new album, THE DARK, being released on September 17th, The Ascended along with Melbourne thrash metallers Desecrator and Harlott, are launching a comprehensive east-to-west live assault of Australia!!

DESECRATOR, THE ASCENDED and HARLOTT performing at:

+ more to be announced!