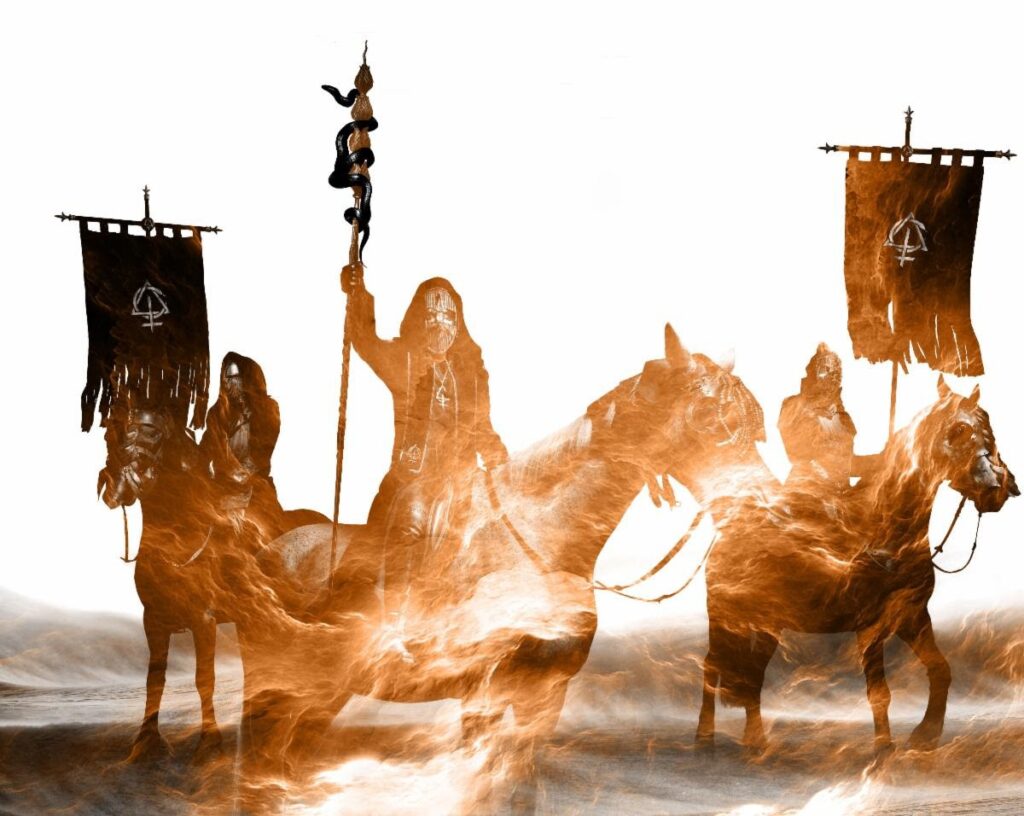 BEHEMOTH, Poland’s high priests of extreme, have revealed another ferocious track from their forthcoming twelfth studio album, Opvs Contra Natvram, which is set to arrive via Nuclear Blast on September 16. Pre-order or pre-save the album here (local link included): https://behemoth.bfan.link/opvs-contra-natvram

The song cements BEHEMOTH‘s reputation as one of the most innovative and ground-breaking extreme bands on the planet. The track comes with not one, but two accompanying visuals; an explicit and macabre narrative video, featuring the incredible high aesthetic that BEHEMOTH are renowned for, and a performance clip of equal grand magnitude.

Frontman and BEHEMOTH visionary, Adam “Nergal” Darski, comments, “BEHEMOTH has been hating Christ in different ways since 1991, and we still manage to reinvent the wheel! We’re very proud to present our latest offering to that cause, ‘The Deathless Sun,’ from our upcoming new record. This track showcases aspects that many BEHEMOTH fans love about our music, plenty of aggression and melody. That contrast is the reason we decided to release TWO amazing videos to accompany this single release. One is very shocking…so shocking that we had to create a whole new video to release alongside it! Choose carefully! As always, I look forward to seeing your reaction, Legions. Enjoy the ride!”

Opvs Contra Natvram is the sheer embodiment of rebellion, individuality and unflinching self-expression, shaped by a literary worldview.

It also reflects a musical evolution, there’s little doubt that Opvs Contra Natvram is BEHEMOTH‘s strongest and most sophisticated musical collection to date.

Pre-order or pre-save the album here:  https://behemoth.bfan.link/opvs-contra-natvram  and check out the video for ‘The Deathless Sun‘ below.

The second visual, the similarly spectacular performance clip, can be watched here: https://www.youtube.com/watch?v=mwHng79Scv8

BEHEMOTH are not only the creators of Poland’s extreme metal scene, but they are masters of their vision and showcasing what a band can achieve when hard work is put in. With Opvs Contra Natvram they have created 10 fresh chapters, created at a very strange time for the world. Their goal to create something new, something that doesn’t sound like anything that has gone before, is an ambitious one.

Renowned for his meticulous attention to detail and absolute creative control of BEHEMOTH’s world, frontman and band visionary, Adam ‘Nergal’ Darski revelled in the depressurised environment afforded by the pandemic. It meant that for nearly the first time since the band’s inception over 30 years ago, there was no deadline to observe, allowing for a nearly unprecedented level of attention to the process of writing and recording. Beyond any confines of genre, BEHEMOTH have grown to become nothing less than the personification of rebellion, individuality and unflinching self-expression informed by a literate worldview and worldliness that’s resulted in a locking of horns with everything from the mainstream press to the Polish Catholic church – most notably manifesting in Nergal’s trial for blasphemy in 2010 that only served to expose the deep-seated hypocrisies that his music seeks to challenge.