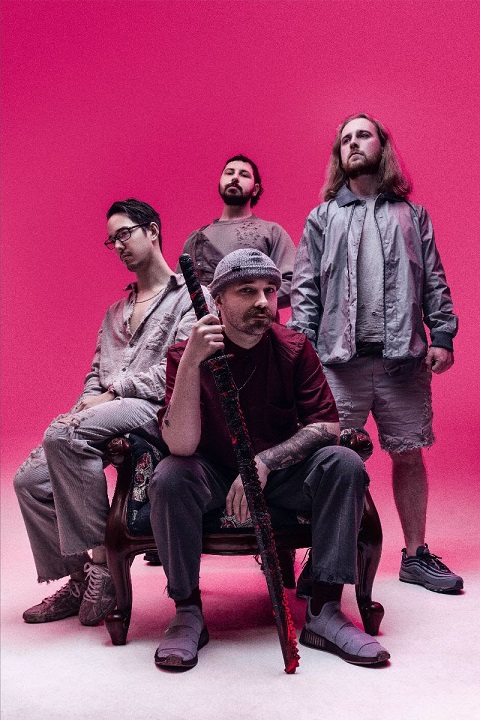 Unveiling their signing to SharpTone Records earlier this week, “cinema-core” specialists The Gloom In The Corner have officially pulled back the curtain on their latest project. Today, the band reveals news of their sophomore studio album Trinity, and with it, the continuation of the ever-unfolding story arc laid out by each of their previous concept-based releases.

Due out October 28, Trinity follows formerly deceased characters Rachel Barker, Ethan Hardy, and Clara Carne as they battle their way through The Rabbit Hole dimension, and features a variety of artists such as Ryan Kirby (Fit For A King), Joe Badolato (Fit For An Autopsy), Lauren Babic (Red Handed Denial), and Elijah Witt (Cane Hill), who were specifically cast by the band to help bring the story to life.

“Ronin, from a lore perspective, re-introduces Homecoming protagonist Ethan Hardy after his death at the end of that EP,” frontman Mikey Arthur explains. “Upon donning a new suit of armor, known as the ‘Black Cloud’, he pushes his emotions deep inside, channeling them into a display of violence. Hardy wreaks havoc across Hell under no command but his own, earning the name of ‘The Ronin’. The redux of both the Witch Hunt and Rodent breakdown not only serves as an Easter egg for old fans, but continues the story begun in Homecoming with more brutality and gore.”

“As always, the track serves as an analogy, albeit a tragic one,” the singer continues. “Despite how much you may ask for help, or that people can see that you’re in pain, you’re on your own and the only one who can fix you is you. Ronin is an angry, relentless tirade that, in short says; ‘I came to you when I needed help after you said that you would, and you sat back and did nothing. Go fuck yourself.’”

RONIN LORE:
Ethan Hardy’s descent to the Rabbit Hole was an unorthodox event; standing before the Panel of Judgement after his suicide, he forced his way into the Rabbit Hole without the approved sentencing of the Panel, determined to seek out Rachel and find a way back to the Mortal Realm once she had been found. Going against the approval of the Panel, Ethan became a High-Value Target for the Keepers, hunted by both demon-kind and the Judges in his quest in the Rabbit Hole. At first, the Panel were determined to retrieve him to face proper sentencing, but after violently terminating multiple Keepers, he became marked for permanent termination by the Panel. Demons and Keepers were no match for him however, and Ethan’s quest turned to a bloody and barbarical crusade, decimating those who stood in his way without hesitation. After a near-death battle, Ethan was sought out by the Narrator, who guided him to an ancient set of mystical armor, the armor of Sherlock Bones from his time in the First Reign under King Baphicho, the “Black Cloud”. After altering and modernizing the armor to suit his needs, Ethan set back out on his quest, becoming even more violent and bloody than before, where he earned the name “Rōnin” from those who both feared and hunted him. After some time, he found Rachel after the guidance of The Narrator. 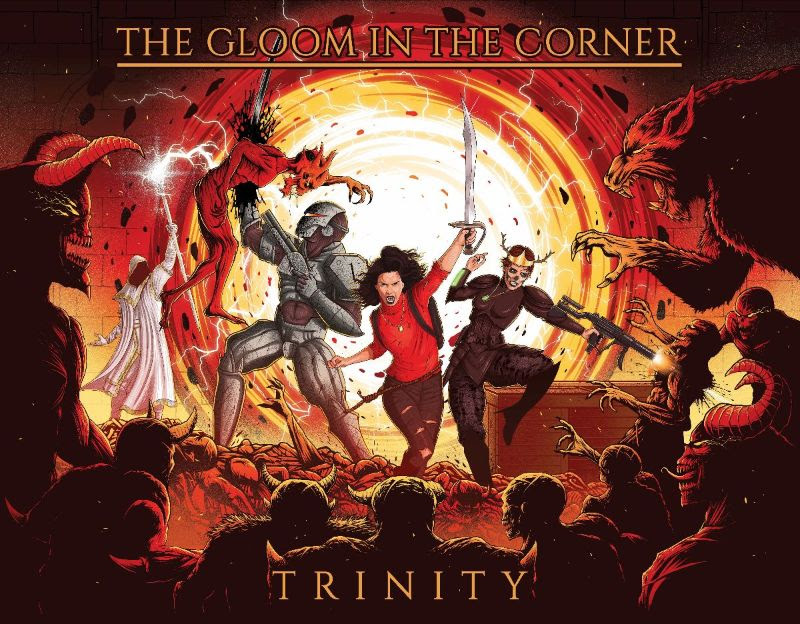