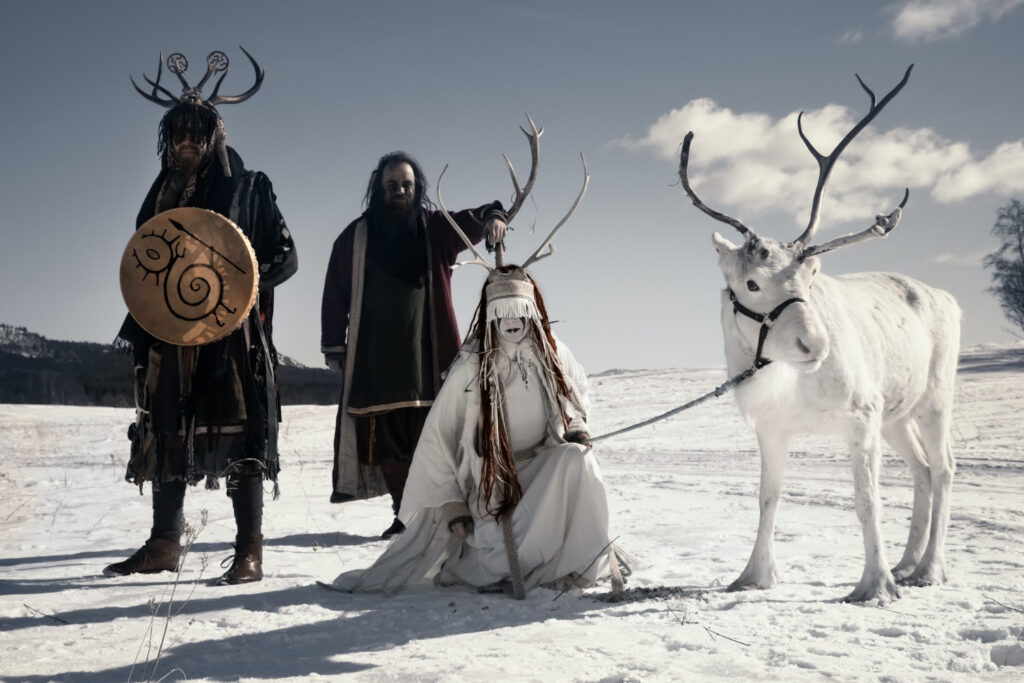 Picture made by Andy Julia

Ritual collective HEILUNG are proud to release Asja, the second new track, taken from the band’s upcoming album “Drif” set for worldwide release on August 19, 2022 via Season of Mist.

HEILUNG comment on the track: “This is a love song. Maria sings to the listener of love, recovery and prosperity, chasing away evil and welcoming love. The piece contains a quotation of some lines of “Hávamál”, combined with a selection of blessing words meant to provide help to the listener in a troubled time. Kai brought his vocal part of ‘Asja’ back to us after a month of isolation, fasting and meditation in nature. Only the spirits know the full meaning, but we do know that the context is love, prosperity and protection. Love from Heilung”

Since its inception in 2015, the enigmatic ritual collective HEILUNG has been paving melodic paths to the past with their unique and mystifying sound. Evading all conventional genre tags and the confines of any specific labels, the group aptly self-describes their sound as “amplified history,” emphasizing their ability to connect modern society with the rudiments of humanity’s beginnings through music. HEILUNG once again journeys back in time with its new chapter, ‘Drif;’ however, unlike previous offerings that centered around prehistoric northern Europe, album number three will explore other great rudimentary civilizations outside of Europe.

“All the songs on ‘Drif’ have their own stories,”  adds HEILUNG throat singer and one of the band’s three composers, Kai Uwe Faust. Each has its place and sense of belonging, with inspiration not only from Northern Europe, but from the ancient great civilizations, explains the band. “We took the ancient surrounding advanced civilizations in account, because our ancestral Nordic civilizations did not just pop up, exist and disappear in isolation. Already in the Bronze Age, we found silk on German land that was imported already from the far, far East 3000 years ago. From the Viking age, we found beads that were brought there from present-day Syria high up in the Northern mountains.

“Centrally important concepts, still in extensive use today, like the number Zero and all the mathematical universes deriving from it, the use of iron and the general concept of settling all originate from traditional high civilizations outside the north and still fundamentally changing our ancestor’s world.

“With singing these primordial songs we want to give tribute to these cultures, reconnect to the beginnings and remember that we all, from East to West, from past to present, are connected through the exchange of ideas and inspiring each other.”

Meaning “gathering,” ‘Drif’ serves as more than merely a gateway that bridges history with modern day society, but is also a statement of the strength in unity and togetherness, which will come as no surprise to those who have experienced HEILUNG’s live ritual, in which every ceremony starts with a reminder that “we are all brothers.” “‘Drif’ means ‘gathering,’’ explains HEILUNG. “A throng of people, a horde, a crowd, a pack. In symbiosis with the album title, ‘Drif’ consists of a flock, a collection, a gathering, a collage of songs, that much like little flames were seeking towards each other, to join, to bond, to create, and be greater together.”

While HEILUNG features authentic and archaic instrumentation that ranges from rattles and ritual bells to human bones and throat singing, their captivating brand of music is far from primitive. Producer and founding member Christopher Juul implements subtle electronic elements that elevates the musical atmosphere and provides a more in-depth and layered soundscape.

“This album has very clearly dictated its own path. Our attempts to tame it were repeatedly fruitless, and once we came to this realization, the creative flow surged forward with immense force. So much so that sometimes it felt like the songs wrote themselves,” the band adds.

HEILUNG’s success has been unprecedented, achieving milestones in its few short years of existence that many do not see in a lifetime. The collective already had rapidly been growing a buzz upon the self-release of their first full-length, ‘Ofnir,’ in 2015, but their dizzying upward trajectory really took off from the moment they set foot on the stage at Castlefest in 2017 for the now-legendary debut of their live ritual. Luckily for those who were not fortunate enough to bare witness to this magical event, the full ceremony was captured on film, having since been viewed by tens of millions of fans across the globe.

As HEILUNG trekked across Europe and brought their mystifying experience to new audiences, talk of this new band and their stunning ceremony made way to Season of Mist label owner Michael Berberian, who quickly offered the band a record contract after seeing their undeniable musical impact for himself.

By 2019, HEILUNG launched their second full-length record, ‘Futha,’ which contrasted the masculine and battle-heavy themes of their debut with a feminine counterpart that celebrated fertility and female energy. Upon the first week of the record’s release, it graced the Billboard charts with coveted numbers, debuting at #3 on the Heatseekers Charts and #4 on the Billboard World Music Chart, placing on a total of seven Billboard charts while meeting critical-acclaim from the press on a global scale.

Having already made its way around Europe, HEILUNG announced its first ever North American tour for the start of 2020, which sold out entirely within 72 hours of ticket on-sale. The band later returned to the United States and performed their live ritual for a sold out audience of 10,000 people at the historic Red Rocks Amphitheater in Denver, CO (USA), further solidifying their early legacy status.

By this time, the band’s music started to appear in places outside the confines of music venues, videos, and vinyl. From hit television series like ‘Game of Thrones’ and ‘Vikings’ to video game giants like ‘Conqueror’s Blade VII: “Wolves of Ragnarök’ and ‘Senua’s Saga: Hellblade II’ to the blockbuster Robert Eggers film ‘The Northman,’ HEILUNG’s music has risen far above the underground and has transcended into a greater world. Even a global pandemic couldn’t slow down HEILUNG’s success; it only strengthened them and gave them the gift of time to complete work on album number three, ‘Drif.’

According to Greek philosopher Pythagoras, three is a divine number, signifying harmony, wisdom, and understanding. He also believed it to be the number of time – past, present, future; birth, life, death; beginning, middle, end. Purposefully or not, ‘Drif’ embodies this philosophy, putting forth a divine work of art that ties together the beginning of civilization with the modern world today. Make no mistake, HEILUNG still does not represent any modern political or religious ideology, but rather delivers a humbling reminder of where we came from. “Remember, we are all brothers. All  people, beasts, tree and stone and wind, we all descend from the one great being that was always there, before people lived and named it, before the first seed sprouted.” 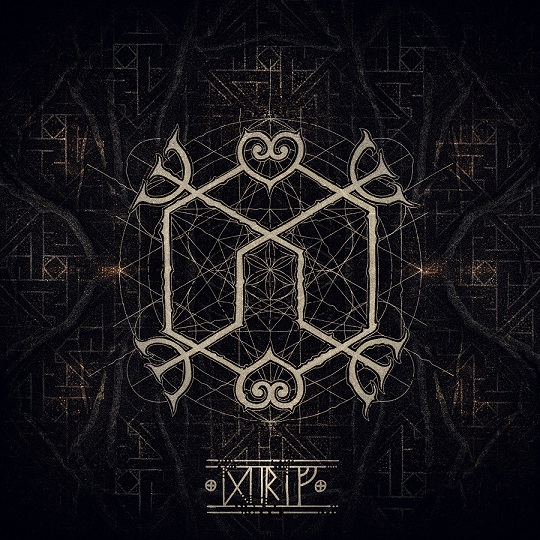