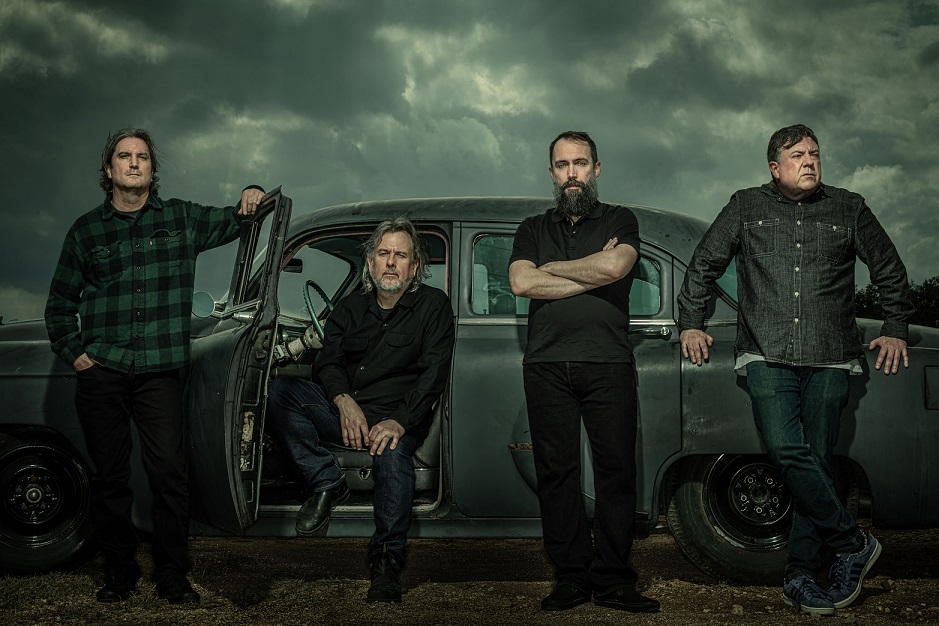 Clutch shares more in common with The Grateful Dead, Rush, and the Allman Brothers than their heavy riffs and heady twists-of-phrase might suggest. Because like those bands, the supporters who adore Clutch are there for the experience, community, and authentic connection. To love Clutch is to feel a sense of ownership, membership, and belonging.

Today, those classmates announce Sunrise On Slaughter Beach, the band’s thirteenth studio album – a slamming summary of everything that makes the band great and another giant leap forward into career longevity.

New bangers like “Red Alert (Boss Metal Zone),” “Nosferatu Madre,” “Skeletons on Mars,” “Jackhammer Our Names,” and “Mercy Brown” take their rightful place alongside Clutch classics. Sunrise On Slaughter Beach is the natural culmination of what Clutch began as teenagers in the early ‘90s.

Recorded at the The Magpie Cage Recording Studio, Baltimore, MD, the album was produced and mixed by Grammy nominated Tom Dalgety (Ghost, Royal Blood, Pixies) with additional engineering by J Robbins (Jawbreaker, Against Me!, The Sword).

Clutch have shared two new songs with fans so far. The first single, “Red Alert (Boss Metal Zone)“, was released in April to much acclaim from fans and critics alike. The track has notched 415k streams on Spotify alone with the official music video clocking up 384k YouTube views. Last month, the group unveiled “We Strive For Excellence” which is closing in fast on 250k Spotify streams already. The track is available digitally from all DSPs here.

Jean-Paul Gaster initially thought album thirteen would be an opposite reaction to the polarisation and uncertainty of the pandemic years. Perhaps something more upbeat, in the vein of 2013’s Earth Rocker. “The more the songs took shape, the less I saw that kind of an album. Something different took shape. The record we ended up with is, in some ways, the most different record we’ve made in a long time.”

Sunrise On Slaughter Beach introduces some “firsts” into the Clutch canon: vibraphone (from Gaster), theremin (J. Robbins), and female backup vocals from singers Deborah Bond and Frenchie Davis. The album’s nine songs are a diverse ride, destined to please long-time fans and intrigue newcomers alike. It’s a new chapter in an ever-unfolding story which means as much to the fans as it does to the band. 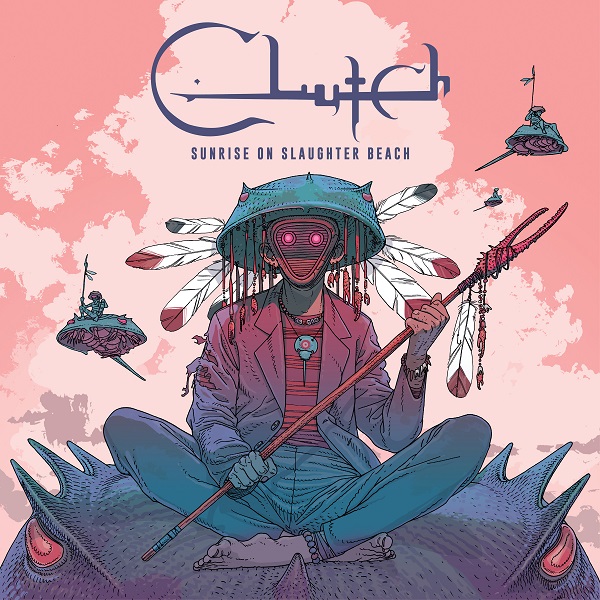