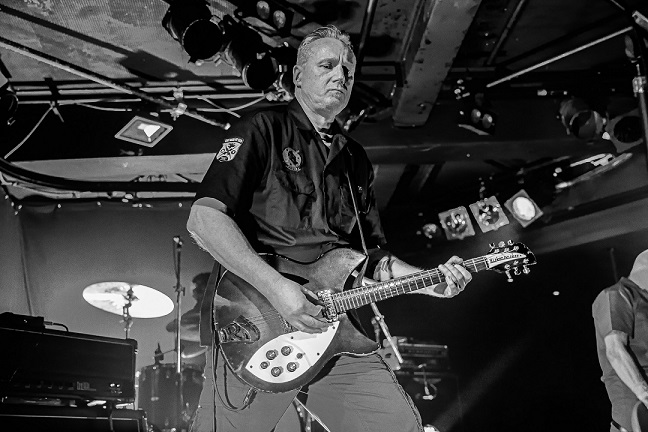 Having sold out their show at Adelaide’s 800 cap. The Gov in a record three days The Mark Of Cain have responded to demand and announced a 2nd and final SA show plus a further three interstate dates to their A Different Kind Of Tension August and September national tour.

The tour, of course, comes on the back of the band’s induction into the South Australian Music Association’s Hall of Fame sitting alongside other legends including No Fixed Address, Cold Chisel, The Angels, Archie Roach and Ruby Hunter and the Masters Apprentices. It’s a remarkable achievement, unique, and all done without the band having ever having relocated from their home city of Adelaide.

James sat down with John Scott of Australian rock royalty The Mark of Cain for the Everblack Podcast to discuss their near 40 year career, induction into the South Australian Artist Hall of Fame and their up coming “A Different Kind of Tension” tour.

“This is much appreciated, it also addresses a common misgiving from our fans that we should have more recognition (our fans are always right you know) and although for ourselves, we’ve never been a band that seeks attention, we were always proud to be a band from Adelaide that could tour other states and show that Adelaide can and does produce great independent music and we have never compromised on that vision or belief. So we take it as a great honour for this recognition and invitation from SAMIA.” – John Scott

The shows join existing dates in Sydney and Melbourne plus the aforementioned sold-out Adelaide show.

THE MARK OF CAIN ‘A DIFFERENT KIND OF TENSION’ TOUR 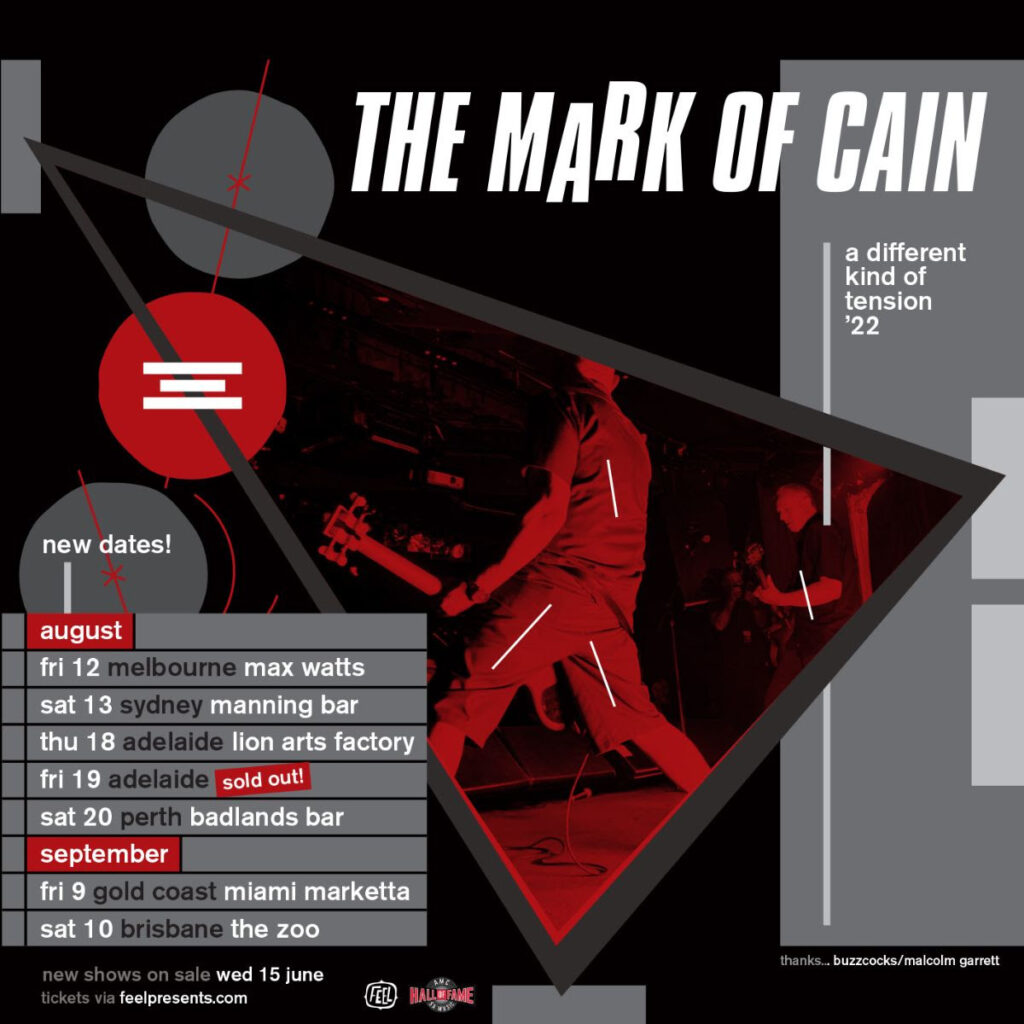