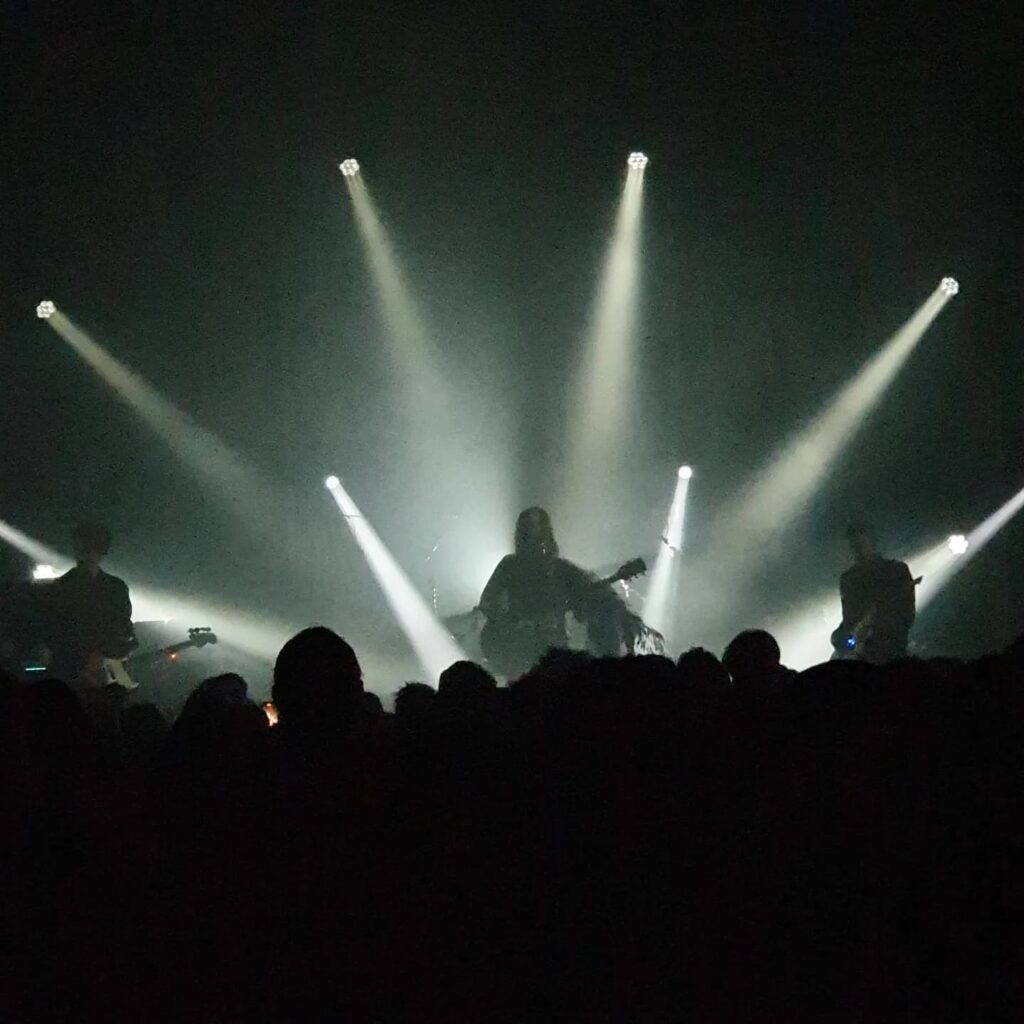 Brisbane was treated to a taste of the doom queen this week as Chelsea Wolfe returned after previous attempts to cross into our shores proving to be tumultuous. In 2018 Chelsea cancelled her Australian tour in support of the victims speaking out, after tour promoter Dave Cutbush’s allegations of sexual misconduct. Another attempt in 2021 was also foiled due to the pandemic and issues with border restrictions so the team needed to postpone until 2022. This however did not deter loyal fans with multiple shows being sold out across Australia & New Zealand.

Emma Ruth Rundle was perfectly paired with Chelsea for her return to the southern hemisphere. With her primal sound and melancholic atmosphere, the mood set by this powerhouse would have been the perfect opening act. Sadly though, Emma had fallen ill and lost her voice, pulling out of both the Adelaide and Perth legs also to recover. At a historical Brissy venue like The Triffid, Emma’s Light Song would have reverberated beautifully off the rafters. Her presence was very sorely missed and we wish her all the best on a speedy recovery for the remainder of the tour. The crowd was advised of Emma being unwell, so with the crisp winter air and a strawberry full moon pressing against our senses, we slipped into The Triffid from the streets to warm up and soak in the nights delight. Chelsea would be a stand alone act now however The Triffid were professionals in keeping the beers flowing and the meals hot for those who braved the cold. Once sated, humans could filter into the World War II Hangar that would be the stage for our apocalyptic sermon for this blasphemous Sunday evening.

The hangar sets an ominous atmosphere with it expanding above us darkly lit with hues of reds and blues. The beginning of Feral Love rings through the air and instantly we are transported to a dystopian realm where no one has survived – the hangar is all who are left. The curved roof fills with smoke as the eclectic silhouettes sway rhythmically to the sermon of sludgy riffs casting shadows of the diverse night creatures filling to room. 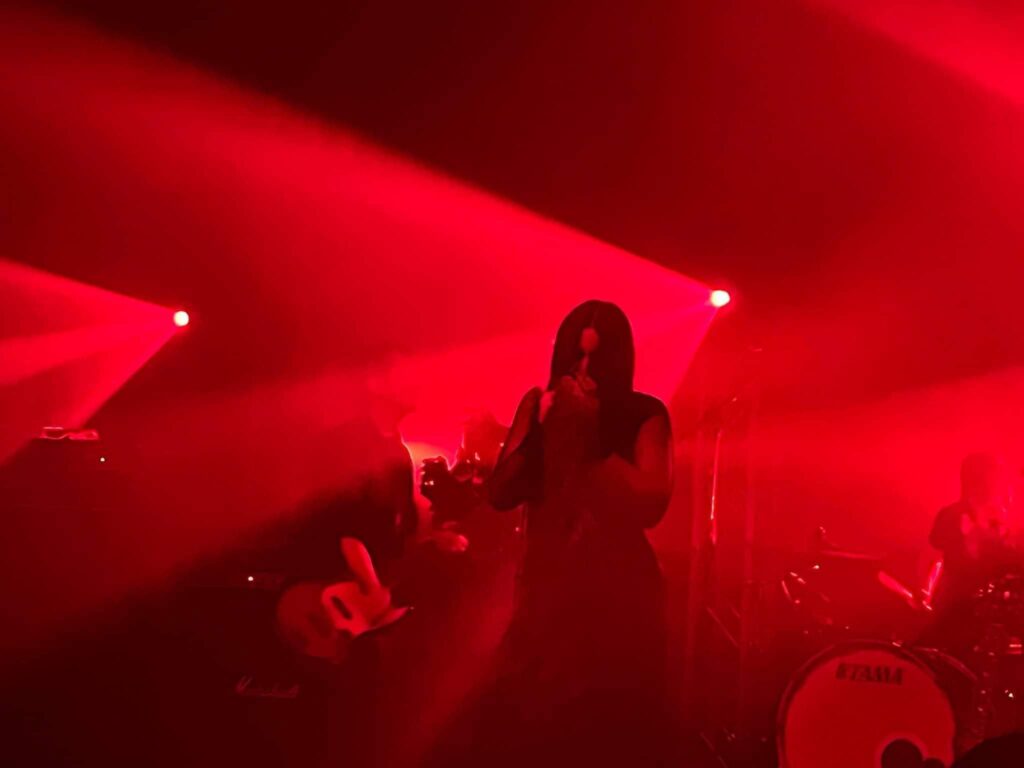 An incredible symbiosis between Chelsea and the ghostly hangar walls occurred, where the riffs would crackle and hiss through the crowd as 16 Psyche, Spun and House of Metal baptised us of the frost from outside. If the world was going to end we were going to hell on some damn sexy doom licks. The Triffid’s peculiar round shape seemed to perfectly hold space for the myriad of ghostly poems being painted by Chelsea and her guitar.

The ritualistic beat of Mother Road rose with the fog around the siren’s silhouette, causing all hairs to stand and teeth to go on edge. Raising the dead and pushing us into an ethereal realm of subconscious awakening, Chelsea weaves a spell of catharsis for the soul reminding us all to “bloom and eclipse them, wake up and transform”. We are then gracefully guided into Deranged for Rock and Roll for a blues pick me up at the cross roads to make a deal with the devil. From which we are thrown back into the hellish doom pit of Iron Moon & Carrion Flowers, the bass rattling the bones of all human meat suits in attendance.

Survive and Scrape throw heavy riffs at the walls that stick like molten from the hellmouth as the final songs portal us to underground. Chelsea seamlessly threads multiple genre’s live and the transition between the heavy tones that then melt away into the eerily soothing Culling delivers a stunningly multifaceted live music experience. Closing the show with the hauntingly acoustic Flatlands, the crowd erupted in gratitude as the quest was finally achieved. Given all of the hurdles for this event to be birthed, what Chelsea Wolfe delivered was not only a practice in professionalism but determination against many odds which made it worth the wait.

For those who wish to experience Chelsea Wolfe in the flesh there are limited tickets still available from Birds Robe and Oztix. Merchandise for both Chelsea Wolfe and Emma Ruth Rundle will be available through out all shows so go show some support for great humans while we have such talent in our waters. 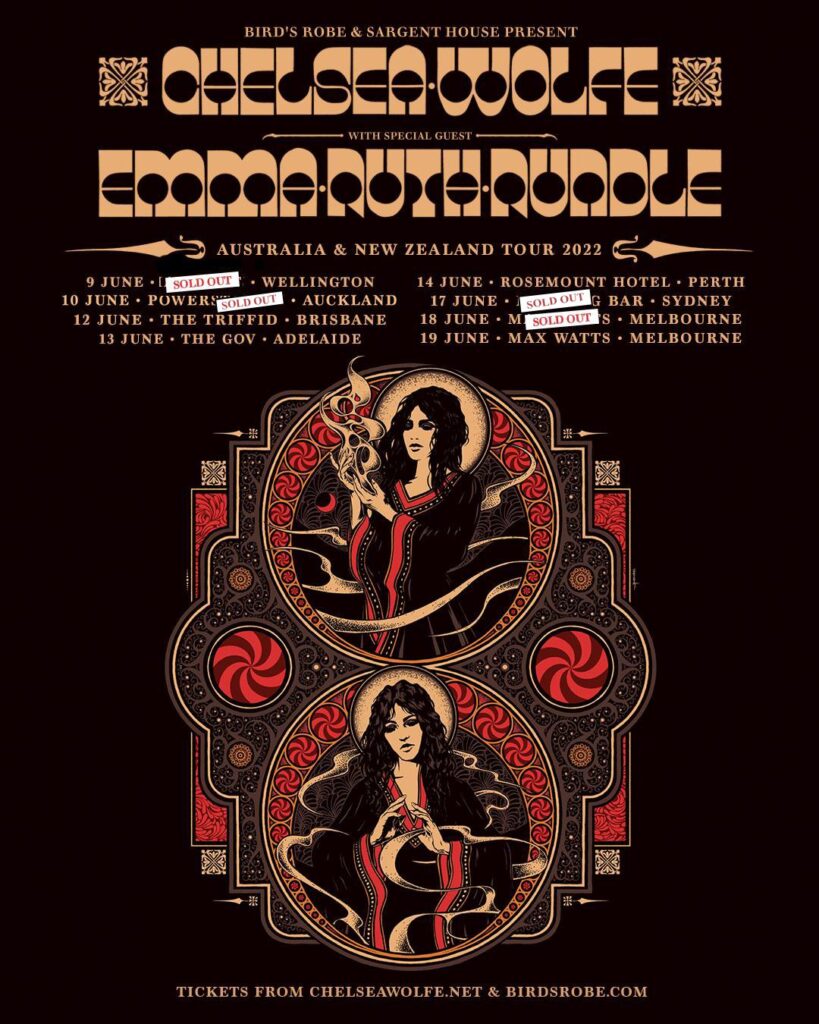