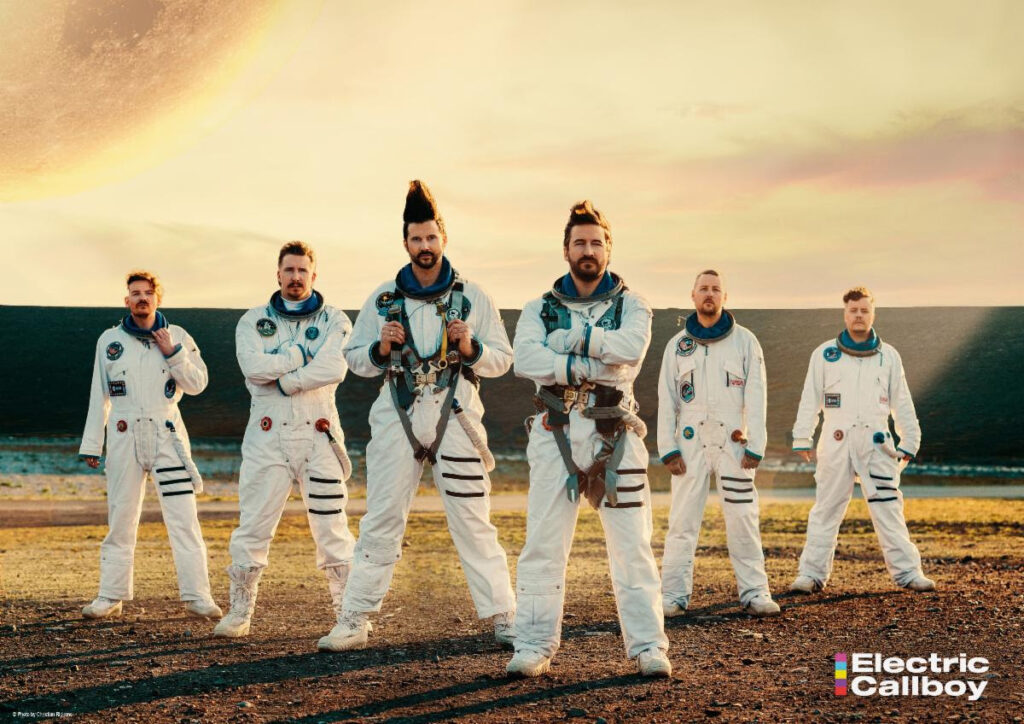 After their recent hit-singles ELECTRIC CALLBOY are now back full throttle with their brand new single and music video for “Spaceman” feat. FINCH.
Stream the track and watch the music video

Of course, the band didn’t miss the opportunity to produce a music video on Hollywood blockbuster level, which leaves nothing to be desired in terms of humor and extravagance. Creative and crazy as ever, the band comes up with another party ready hit that is following their previous singles “We Got The Moves” and “Pump It”.
As if the whole thing wasn’t enough for a viral internet hit, ELECTRIC CALLBOY got some prominent support on board. None other than German rap superstar FINCH, who gives the song the final touch with his powerful rap parts.
“After mullets, pot cuts, and killer biceps, we went to the infinite reaches of space for our new single, under Finch’s watchful eye. And what can we say… Spaceman will beam you into other spheres,” states ELECTRIC CALLBOY about “Spaceman”. 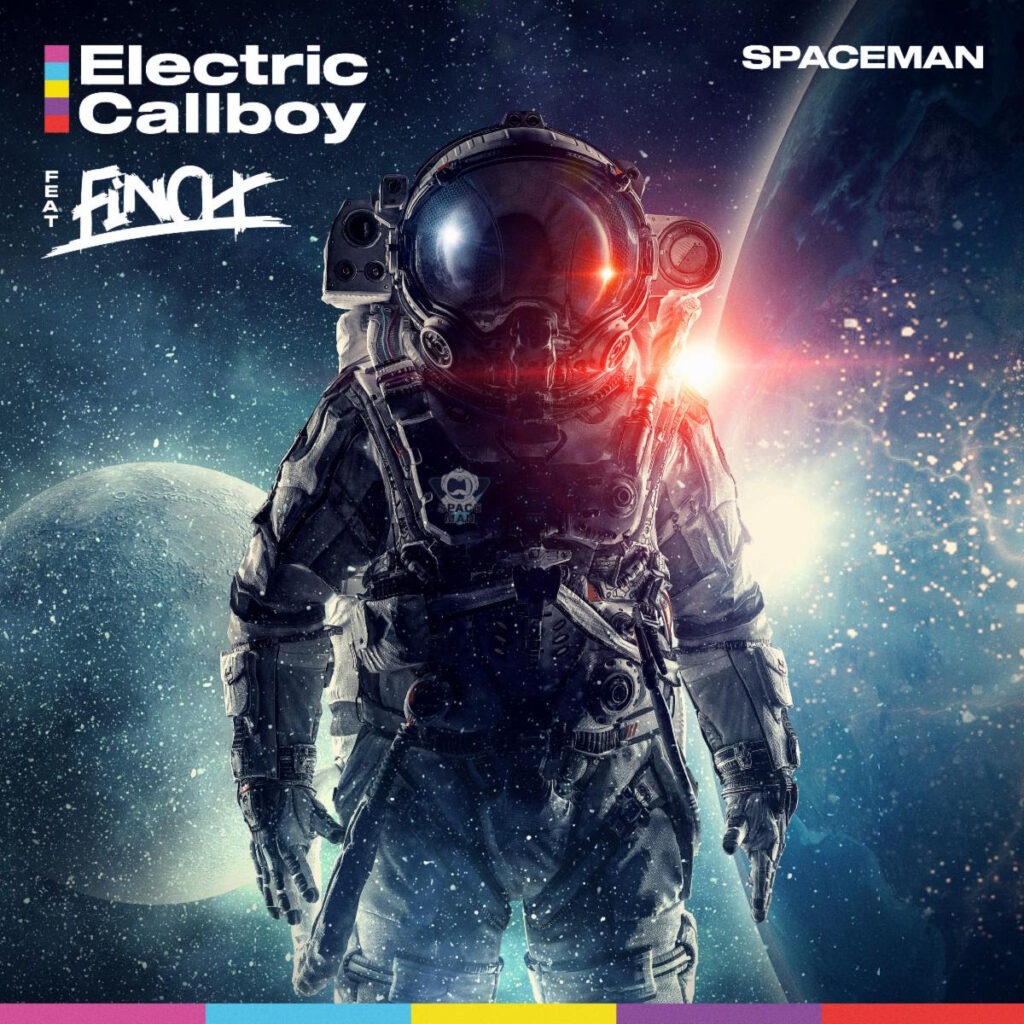