This week the much anticipated Under The Southern Stars tour kicks off on Friday March 11 in Maitland NSW!

The tour itself is a significant one, not only does it boast one of the best festival line ups Australia has seen on one bill in a very long time, but also the first big name international acts to hit our shores since the borders were locked down in 2020!

The Everblack Podcast sat down with Robert Levon Been from Black Rebel Motorcycle Club to talk about their upcoming appearance at the Under The Southern Stars Tour and returning to international stages, the bands 20th anniversary of their debut album, composing the Oscar Isaac movie The Card Counter and putting the muck back into rock and roll!

UNDER THE SOUTHERN STARS 2022

Tickets are on sale now and selling fast. Get in quick and be part of history

***All previously purchased tickets are valid for 2022 see website for details.*** 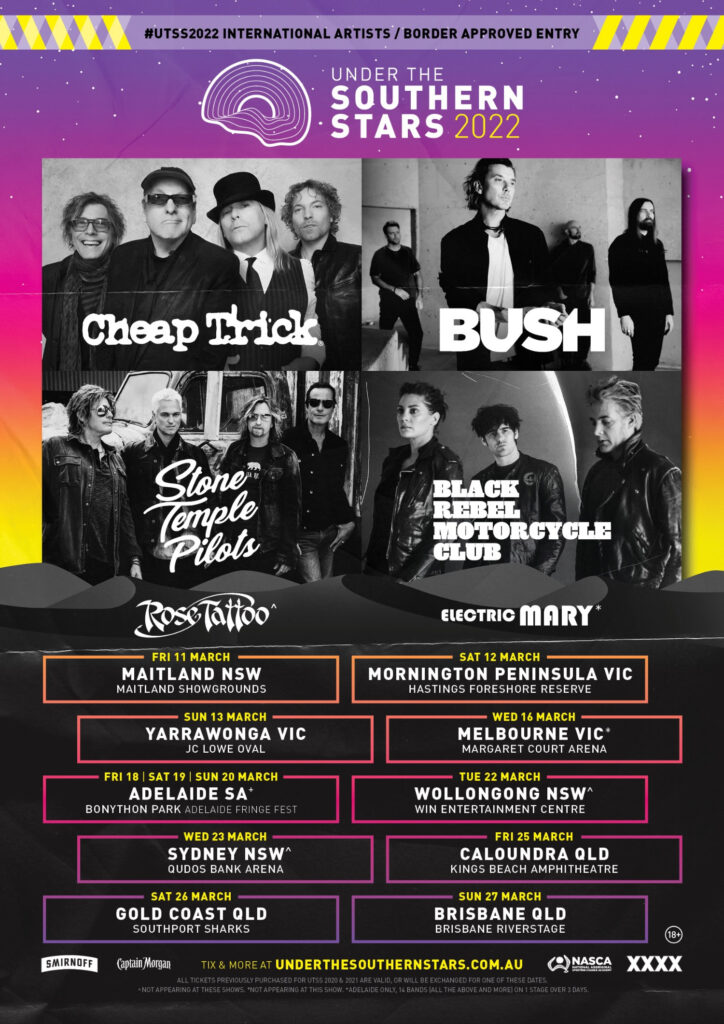