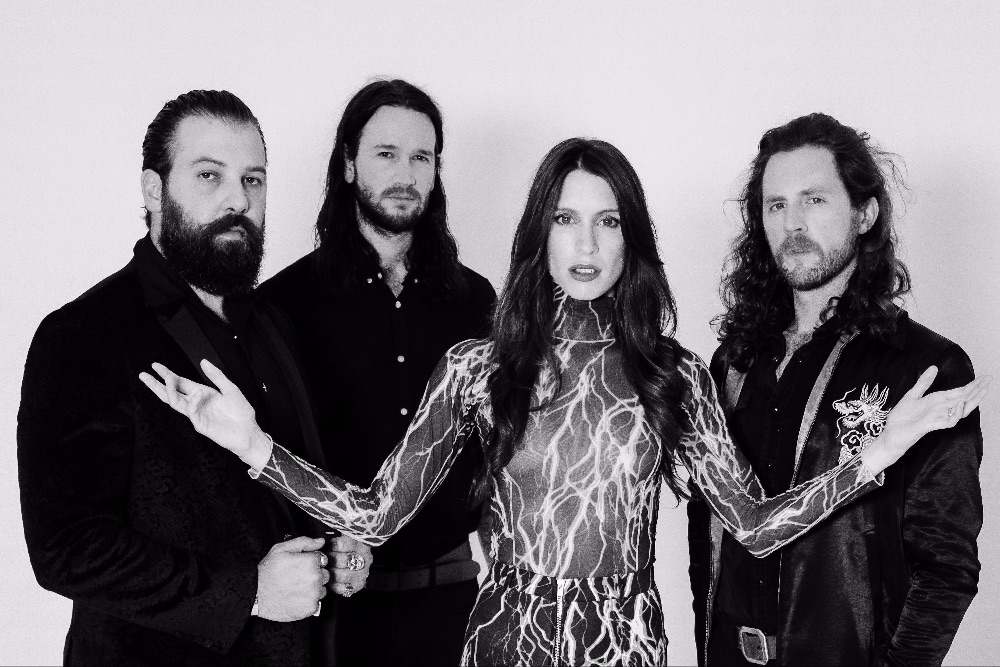 A collection of ideas and experiences that can simply be described as “the next evolution” of their sound.  While keeping true to the band’s DNA, you’ll still find the heavy grooves and tones of 70’s inspired hard rock as Godless takes it one step further by peeling back to a more LoFi sound, a credit to producer Julian Schweitzer who worked with the band on the album.

The Everblack Podcast sat down with Devil Electric front woman Pierina O’Brien to talk about the new album ‘Godless’ and the bands musical evolution, the incredible video for ‘Take the Edge Off’, touring internationally, Her beginnings as a vocalist and more!

There’s a high level of stylistic experimentation on Godless that emerged in the freedom of the studio. You will be hit with these moments, unchained and lyrical, in songs like Your Guess Is As Good As Mine and I Will Be Forgotten. In others, like Take the Edge Off, there is the familiarity of Devil Electric’s self-titled debut album but more progressed and twisted into new tonal shapes and raw melodic edges.

Lyrically, Godless took inspiration from Pierina’s bookshelf with songs All My Friends Move Like The Night, Mindset and The Cave paying homage to Plato, F. Scott Fitzgerald, Joe Hill and Paul Tremblay.  She keeps pace with the band but never misses the chance to bring the signature big sweeping melodic vocals she has become known for.

Devil Electric – ‘Godless’ is out now

Physical versions of Godless are available from devilelectric.bandcamp.com