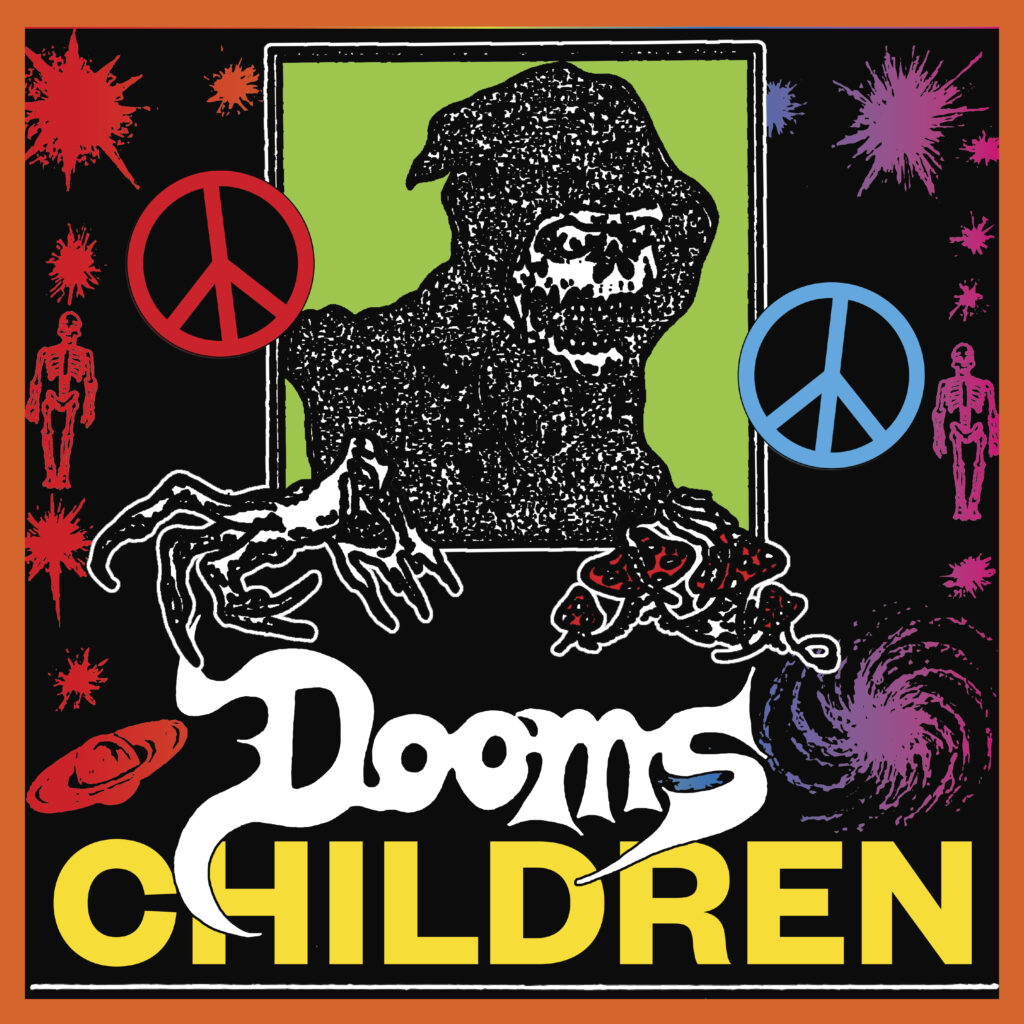 Prolific punk-rocker Wade MacNeil is probably best known as one of the founding members of the Canadian post-hardcore outfit Alexisonfire. He has also lent his talents to fronting UK punk act, Gallows, and on his own side of the pond, yet another punk act, Black Lungs. All these musical ventures, worldwide fame in not only one but THREE critically acclaimed bands, life must be good, right? Well, no, that kind of shit only happens in fairytales. It seems that whilst everything musical MacNeil touches turns to gold, his personal life has not been so happy-go-lucky.

Enter his latest project, Dooms Children, a funky, psychedelic trip into the tortured mind of a broken man trying to rebuild his life. This is Wade MacNeil like you have never seen or heard him before. Not just musically but emotionally as well. The debut, self-titled album, featuring some long time collaborators of the man himself, is such a departure from the likes of Alexisonfire and Black Lungs that you’d be forgiven for not realizing who it was you were in fact listening to. It would be more at home being released 50 odd years ago with the likes of The Grateful Dead and Lynyrd Skynyrd and that’s no joke. This album is not just a journey into the psyche of a recovering addict, it is a journey back in time and is a refreshing breather from some of the over-produced, over-marketed music of today.

From the opening notes of Trip With Me it’s quite clear where you are headed on this journey and it’s just as easy to lose yourself in not only the subject matter of the lyrics but also the raw beauty of the studio-floor style recording of the music. It’s a complex mix of deep bass tones, Doors-style organ, and bluesy guitar riffs flanged to all hell which, when coupled with MacNeil’s gravelly, angst-ridden vocals, makes for an aural experience like no other.

The songs themselves are quite a rollercoaster of emotion and meaningfulness, half of which were written during his struggles and the other half written whilst in rehab. The subject matter ranges from that of nostalgic remembrance of the good times (Skeleton Beach), through to loss of a loved one (Heavy Year) and all the way down the road to recovery (Psyche Hospital Blues). MacNeil’s signature vocals compliment the ride perfectly from the more upbeat tunes to the more melancholy (see Morningstar).

It’s hard to pick a standout track from the album as they ALL stand out in their own way. There really are no words for how this album will make you feel and I guess it would be different for every person depending on their own personal background and experience with such things, but one thing is for certain and that is that this album is the truest thing MacNeil has ever produced in his decades long career and even if it is just a one-off, it’s one for the ages.