Metal legends Armored Saint are are about to release their eighth full-length album ‘Punching The Sky’ on October 23rd through Metal Blade Records.

We sat down with Armored Saint and ex Anthrax front man John Bush to talk about ‘Punching The Sky’, the concept behind the record, touring Australia, the great losses of legends Eddie Van Halen and Neil Peart in 2020, live streaming shows and more!

When asked if Covid had an affect on the recording of ‘Punching The Sky’ John said..

‘We began recording in January. so right around that quarantine time where everybody really was supposed to kind of hold up. We were done with the recording process, So we just had to give the mixes to Jay Rustin to go and complete them and he was able to do that on his own, we had some good luck. Sometimes I would say that was bad luck. But this case, we actually had some pretty good luck..’

On the loss of Eddie Van Halen..

‘It’s Really sad. I mean  Eddie is arguably the most original rock guitar player of all time. I mean, he’s certainly up there if he’s not because what he did to transform  rock guitar playing. there’s amazing players like Hendrix, but somehow, someway, he just really transformed it and it was never the same.’

‘It’s been a long time since we played there. And I would say it’s only played there once actually in the history of the band, it was not a very good tour for me. I got really ill at the end of it. I didn’t even play the last show which was weird.  It’s like the one and only show that Armored Saint actually did without john bush in the band. But that is some claim to fame, the show that we played in Perth I was so ill, I couldn’t even get out of bed. So I kind of have some kind of rectifying to do for that, we need to get back one day when we can play shows again’

Leaders and stalwarts of the American heavy metal scene since the early 80s, Armored Saint‘s Punching The Sky sees them returning hard. A diverse, attitude-drenched collection, it’s everything the band’s faithful have come to expect from them while pushing their signature sound forward. “The goal is to write really good music. I know I’m stating the obvious here but that’s about the size of our agenda,” says bassist Joey Vera. “We’ve been able to shed a lot of expectations that sometimes plague a band like ours that has been around a long time, and we’ve recently moved into a comfort zone with just being ourselves. We have this kind of freedom now that we didn’t really have early in our career, and we can take some chances and make the kind of music that we want to hear. 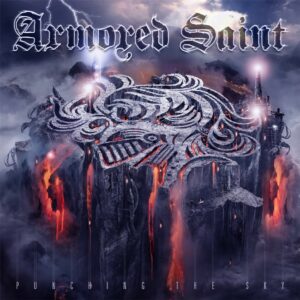 [Interview] Andy Marsh from THY ART IS MURDER talks Full Tilt Festival, Human Target and the future of Australian metal

Thy Art Is Murder have become one of Australia’s biggest metal exports. With their savage, uncompromising brutality and intense live show, the band have become an unstoppable force to be reckoned with all across the […]