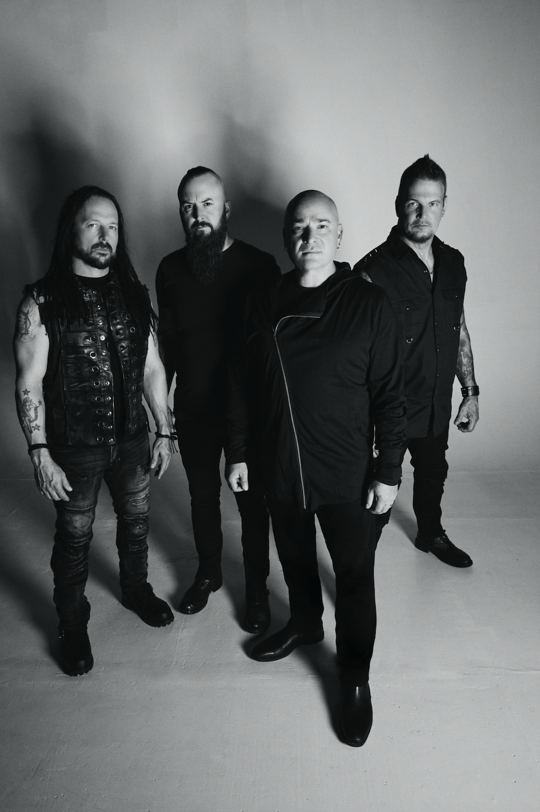 Today, Disturbed, share their new single “Hey You” via Reprise Records alongside the official video, directed by Josiahx. “Hey You” is the multi-platinum selling band’s first new music since their chart-topping 2018 album Evolution, and David Draiman of the band shares, “it’s a wake up call. We’ve become our own worst enemies. Civil discourse has become the exception instead of the norm. People have lost themselves in outrage addiction.” Listen to Disturbed’s new single “Hey You” here and watch the video here. The band have also revealed that they have a new album coming later this year.

DISTURBED, the multiplatinum-selling quartet, accomplished the rare feat of achieving five consecutive number one debuts on the Billboard Top 200. That accolade historically elevated them to rarified air alongside Metallica, the only other hard rock group to do so in the history of the chart.  Immortalized (2015) received a platinum certification and spawned the 7X platinum crossover smash “The Sound of Silence,” which garnered a nomination at the 2017 GRAMMY® Awards in the category of “Best Rock Performance.” Since their formation in 1996, the band has sold 16 million albums globally and scored twelve No. 1 singles at Active Rock Radio. Their 5X RIAA platinum 2000 debut, The Sickness, formally announced their arrival as hard rock leaders, with that status solidified by subsequent GRAMMY® Award nominations as well as gold-, platinum- and double platinum-certified records, as well as countless sold-out shows around the globe.  Named “Best Rock Artist” during the 2017 iHeartRadioMusic Awards, Disturbed continue to boldly forge ahead and are currently working on the follow up to their aptly titled seventh offering, Evolution.