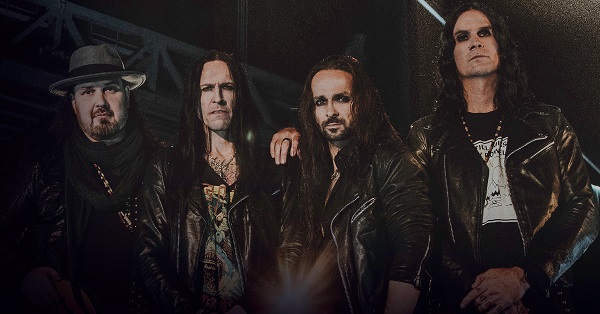 They are Sweden’s premiere purveyors of thrash metal meets sleaze rock; they are HARDCORE SUPERSTAR and due to popular demand they are bringing the party back to Australia in November thanks to Silverback Touring for their 3rd consecutive tour in four years previously headlining in 2018 and with Buckcherry in 2019! Australia has certainly shown their love for HCSS!

Fusing a base of hard, aggressive heavy metal with the catchy, melodic and decadent hard rock of Glam’s glory days, HARDCORE SUPERSTAR’s self-coined ‘street metal’ is made for the stage!

HARDCORE SUPERSTAR recently released their alcohol fuelled, riff laden new album Abrakadabra which shows the band at their best: uncomplicated, rock n’ roll escapism and entertainment at its best…sprinkled with a little bit of magic for good measure.

HARDCORE SUPERSTAR delivers pumping, anthemic rock with tasty licks, big bass and bigger drums! The band will be bringing all their bombastic hits with them like Wild Boys, You Can’t Kill My Rock ‘n Roll, Last Call For Alcohol, Bring The House Down, Moonshine, Catch Me If You Can and Above The Law that will get the room shaking and the beer flowing.

Busting out of Gothenburg with their 1998 debut album, Superstar gave a respectful nod to the generation of LA rockers who came before them while mixing it up with their current day contemporaries. The result was It’s Only Rock N’ Roll and it can be confidently called a game changer, giving birth to a whole new hybrid genre.

Get ready Australia HARDCORE SUPERSTAR are bringing party to you in November!

Tickets on sale now from: https://www.silverbacktouring.com.au/hardcore-superstar-2022/ 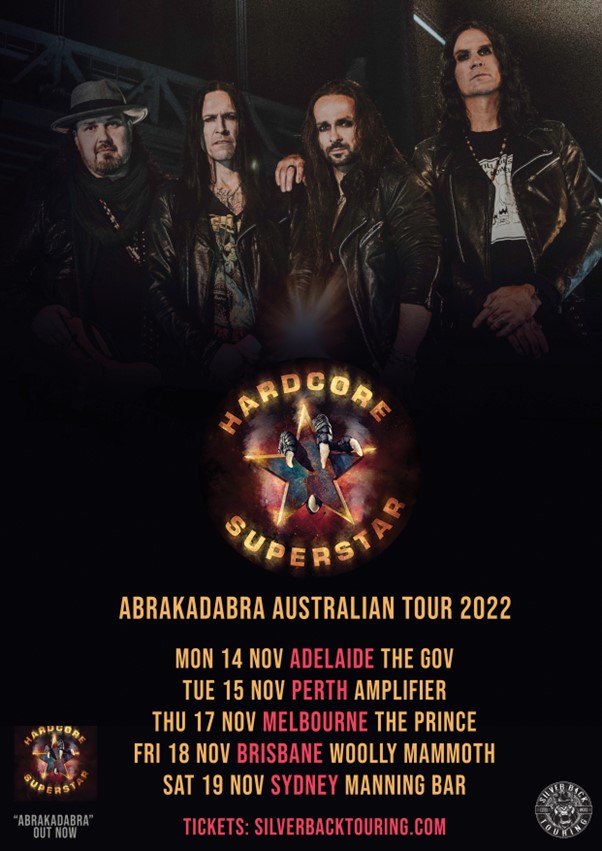