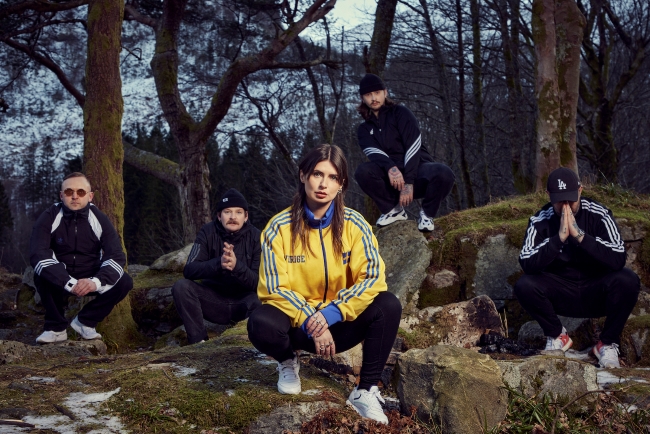 Recorded over three years, and re-recorded with their new vocalist Nikki Brumen (ex-Pagan), Praise Armageddonism is Blood Command at their best yet. A one-of-a-kind proposition, the death-pop group combine blistering riffs, a hardcore attitude, and pop sensibility to create truly scintillating, invigorating music. Previously called ‘one of the world’s best kept secrets’ by Rock Sound, achieved one of the Albums of the Year in Kerrang!, and applauded by Metal Hammer, Blood Command have stepped up even further with their new album, with Nikki Brumen fiercely leading the way.

The Everblack Podcast caught up with BLOOD COMMAND’s Nikki Brumen (ex-Pagan) to talk about the new album Praise Armageddonism, joining the band and moving to Norway, the hard work she put in vocally behind the scenes to contribute to the record, touring Europe compared to Australia, black metal and more!

Watch/ listen to the interview here

Blood Command have previously toured with Biffy Clyro, Kvelertak, Rolo Tomassi, and Skindred, following the release of their acclaimed EP Return of the Arsonist, the conceptual successor to 2011’s Hand Us The Alphamale EP. The band have also shared the stage with Refused, Tragedy, Comeback Kid, and Gallows, and have played Download Festival, The Great Escape, 2000trees and Roskilde festivals, among others. Now with celebrated UK label Hassle Records and with Nikki at the front, Blood Command‘s power and prestige only rises higher.