Australian extreme metal group Psycroptic have today shared their new track, “Exitus”, to all streaming platforms alongside an accompanying lyric video produced by Aimed&Framed. “Exitus” is the second track to be taken from Psycroptic’s upcoming eighth studio album, Divine Council, due for release on August 5th via Prosthetic Records.

Speaking on the release of “Exitus”, Jason Peppiatt (vocals): “‘Exitus’ is a song that’s built around a big, epic chorus and has a lot of dynamic push & pull throughout the track. We wanted the lyrics to have a powerful concept to match with the feel of the song, and ‘Exitus’ delves into the topic of the moments leading up to the death of a living being.”

Brothers Dave Haley (drums) and Joe Haley (guitar) have steered Psycroptic through different shades of death metal, from the technical to the experimental, with longtime vocalist and lyricist Jason Peppiatt and bassist Todd Stern further embellishing the sound of the band to create something that is distinctively Psycroptic.

Origin vocalist Jason Keyser has long been considered a part of Psycroptic’s extended family, and on Divine Council, he contributes vocals to the album tracks. As Peppiatt wrote the lyrics and vocal patterns, the group were able to utilize an extended palette of styles to further enhance his sound, courtesy of Keyser and additional vocals from Amy Wiles, hitting upon a collective approach to complement the Haleys.

With writing and recording punctuated by a pandemic and subsequent strict lockdowns, Divine Council was recorded in various locations across Australia and North America. Drums were tracked at Anubis Studios by Chris Thelemco, bass was captured by Justin Spaeth at Cave Bound Studio, and guitars, vocals and synths were recorded by the band’s own Joe Haley at his Crawlspace Studios before he mixed and mastered the album’s nine tracks.

The suffocating atmosphere carries through to the lyrics that detail the myriad of ways that human beings waste, destroy or devalue what’s in front of them – captured in the evocative album artwork, courtesy of the prolific Eliran Kantor. With narrative threads that throw back to tracks on both their self-titled album and As The Kingdom Drowns, Psycroptic have found yet more new ways to explore human’s inherent inability to see the bigger picture – or change track before a miserable demise becomes a crushing inevitability.

Divine Council is an album that oozes confidence, maturity and a relaxed self-assurance befitting of a band with a rich legacy behind them and an unconstrained future ahead of them. 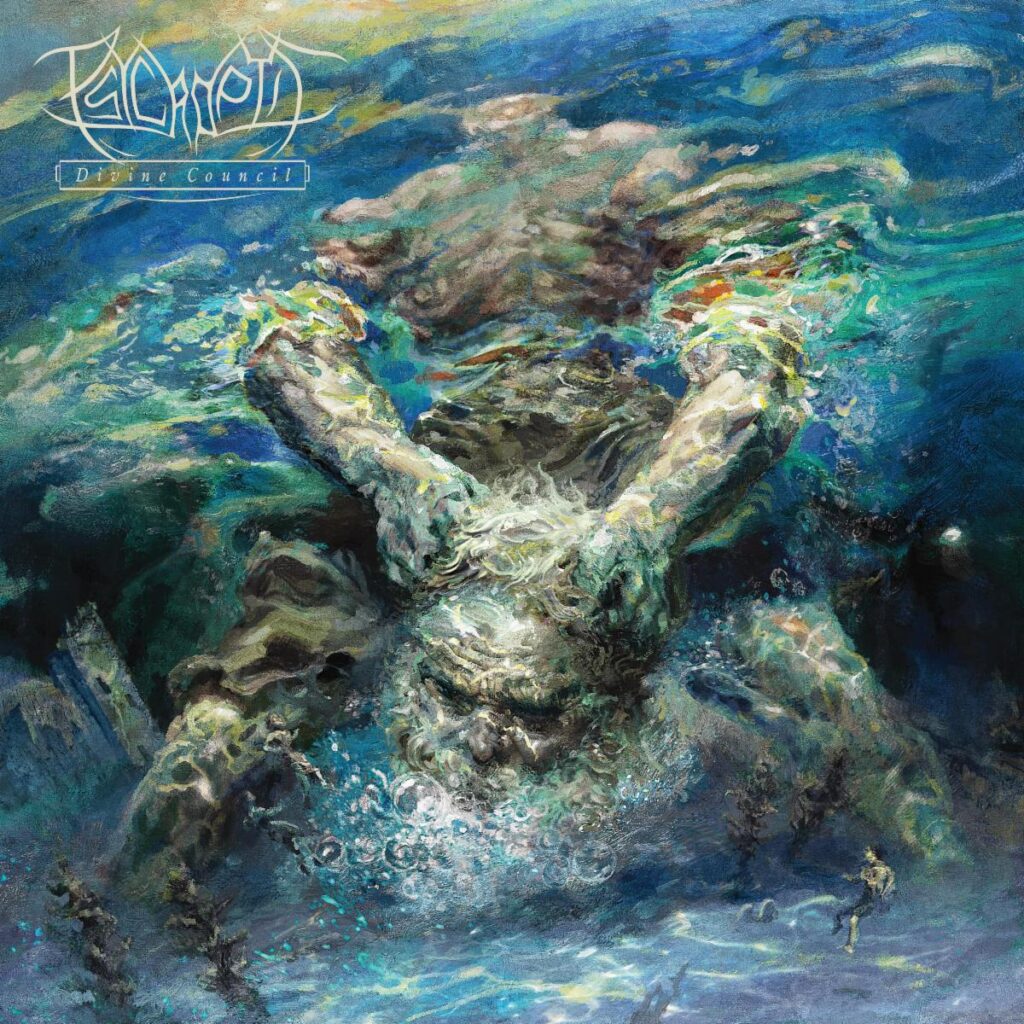