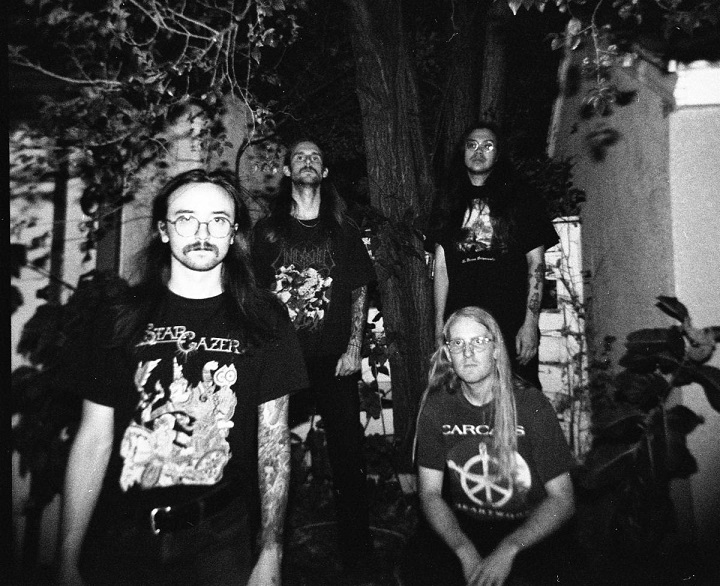 Fargo, North Dakota’s Phobophilic have today announced their debut album, Enveloping Absurdity, due for release via Prosthetic Records on September 16th. Accompanying the album announcement, the death metal group is premiering the lead single, “Those Which Stare Back”, via Metal Injection. Across Phobophilic’s first full-length, the four-piece ruminate on philosophical absurdism, existentialism and human consciousness against a backdrop of suffocatingly minacious death metal.

“Those Which Stare Back” will be available on all streaming platforms tomorrow (Friday, June 10th). Pre-orders for Enveloping Absurdity are available here: https://lnk.to/Phobophilic

Speaking on the album announcement, the band comments: “This album feels like a sizable leap forward for us. It’s much more refined than our previous releases in all aspects. We spent a lot of time making sure the songs stood out on their own but also complimented each other and told a full story. ‘Enveloping Absurdity’ is about recognizing the separation of what we want the human experience to be and what it truly is. It’s the realization of the universe’s complete and utter indifference to humanity, facing that reality and choosing to find meaning from within.”

Of “Those Which Stare Back”, Phobophilic add: “‘Those Which Stare Back’ is about personal struggles with depression and the loss of loved ones to addiction, accidental overdose and suicide. It explores the guilt that comes with being alive when those around you who were so full of life have died and wishing you could trade your life for theirs. While lyrically it’s the darkest song on the album, musically it’s the highest energy and immediately throws you into the chaos with twisting and turning riffs and melodic flourishes, reinforcing the turmoil expressed in the lyrics.”

Formed in 2016, Phobophilic have steadily accumulated early releases in the shape of two demos, 2019’s Undimensioned Identities EP and a split release with Canada’s Sedimentum, all the while honing their craft out across the North American touring circuit – featuring live stints with Gatecreeper and Mutilatred respectively, as well as appearances at LDB Fest and Philadelphia Death Nexus – positioning themselves among US death metal’s most intriguing young acts.

Following their early productivity both in studio and on the road, Phobophilic pulled together to shape Enveloping Absurdity’s eight songs into existence. Shunning the fantastical in favour of lived human reality, the band opted to center their gaze on what it is to exist. Drawing from French writers Albert Camus and Jean-Paul Sartre as well as Germany’s Fredrich Nietzche’s strains of philosophical thought, Enveloping Absurdity is a meticulous vivisection of the philosophical self and purpose, as it asks fundamental questions of life’s true meaning.

Phobophilic’s formative promise is fully captured with a stellar production job that retains their to-the-bone intensity, but allows room for the underlying grandiosity of their compositions, thanks to Adam Tucker at Signaturetone Recording in Minneapolis, Minnesota. The artwork was then licensed from Finnish illustrator Joonas Räsänen at EvM Art, as the band sought to marry Enveloping Absurdity’s overarching thematic ponderance with aesthetic totality.

On their debut long player, Phobophilic rebel against notions of defeat and pessimism, in spite of the struggles that come with an overabundance of consciousness, to a profound embrace of that which ails as well as thrills. At the beating heart of Enveloping Absurdity’s sonic extremity is a victory of the self, not content with simply surviving, but choosing to live. 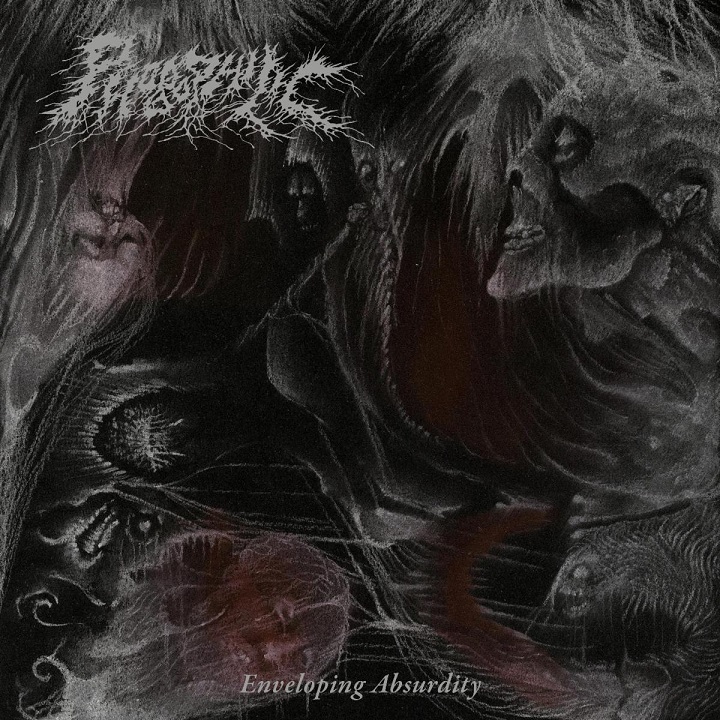