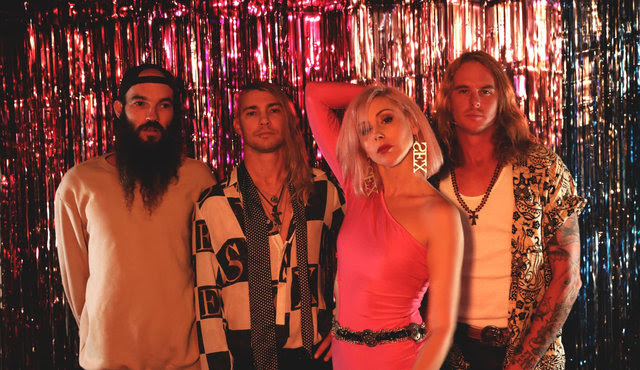 Like the smouldering heat from a well tended fire, the eclectic rock punk outfit known as Smoking Martha has the intensity to scorch your best shirt but the discretion to spare your eyebrows.

Having battled the (new normal) Covid set backs of the last few years, Aussie rockers Smoking Martha are finally able to tour their sophomore album ‘Universe’ this June / July. Having released the full-length in December 2021, the band is now locked and loaded for a string of headline shows down the East-Coast of Aus to showcase the lauded album. Fresh off appearances at Halloween Hysteria and Wallapalooza festivals, the band will be lighting it up for four album release shows at the Sunshine Coast, Gold Coast, Brisbane and Sydney.

The Brissy based band have earned themselves a strong cult following across The UK, Europe and Australia with their high energy live shows, and catchy singles including Liquid Sunshine and Good Girls. Since the release they have been receiving praise from household names in the rock sphere including England’s very own Classic Rock Magazine, The Huff Post UK, and Australia’s Triple J, Triple M, Blunt Magazine just to name a few.

The UK’s Powerplay Magazine naming ‘Universe’ Album of the Year, all three singles so far have been voted as Classic Rock Magazine’s Tracks Of The Week and the band is named in the Top 12 Bands to watch in 2022.

Do not miss the electrifying live rock experience that is Smoking Martha!

‘Universe’ album out now on all streaming platforms