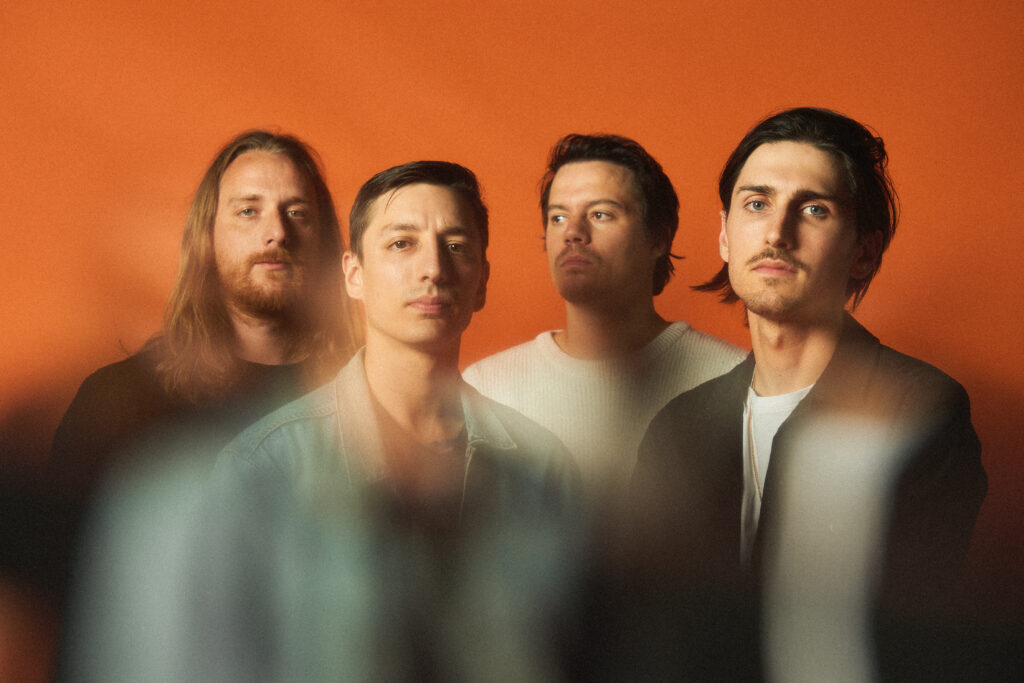 Today, Ohio quartet THE PLOT IN YOU have announced the addition of Brisbane post-hardcore act DEADLIGHTS to their hotly anticipated debut national Australian headline tour in September with very special guests, ERRA.

DEADLIGHTS have never been ones to shy away from the more complex issues within their lyrical content and continue to delve deeper into every corner of their psyche and poke the dark monsters they find.Debuting with Greyscale Records as one of their first signings with their album Mesma, the band have gone on to become a household name within the Australian alternative scene supporting acts such as Parkway Drive, Thy Art Is Murder, Every Time I Die and most recently supported Polaris nationally on their Vagabond regional tour. In May 2021, DEADLIGHTS released their sophomore album, The Uncanny Valley, which had glowing reviews by critics and fans across the country.

After racking up over 100 million streams and receiving praise from Billboard, Rock Sound, Alternative Press, and more, THE PLOT IN YOU have crafted music that addresses the end of various things and situations in life.

THE PLOT IN YOU released their fifth full-length album, Swan Song in 2021. Sonically and spiritually, Swan Songstares down at years of negativity, soured friendships, disappointment, and mistakes and flush it all away in the wake of hammering distortion, towering melodies, cinematic production, and unapologetically cathartic lyrics.

The record received glowing reviews globally. With Hysteria Magazine saying, “In a triumphant fashion, Swan Song may well be the group’s most audacious; genre bending and diverse album to date.” And Wall Of Sound said, “If Swan Song was indeed The Plot In You’s final album, then it would see the four-piece bowing out on a high, at both their popular and creative peak.”

THE PLOT IN YOU’s last visit to our shows saw them supporting Polaris in 2018 for the sold out national ‘The Mortal Coil Tour’ and had critics raving about their flawless live show.

Hailing from Birmingham, Alabama, ERRA’s namesake comes from Akkadian mythology and represents mayhem. Their technical sound and writing is taken by influences from well-respected groups like Misery Signals, Born of Osiris and Saosin. They thrive on being creative and showcasing their talent through their intense live performances and offering their refreshing sound. Their 2020 self-titled album saw them receiving high praise from fans and music critics alike.

The Swan Song tour is one tour you won’t want to miss as it graces Australian shores in September. Grab a ticket while you can! 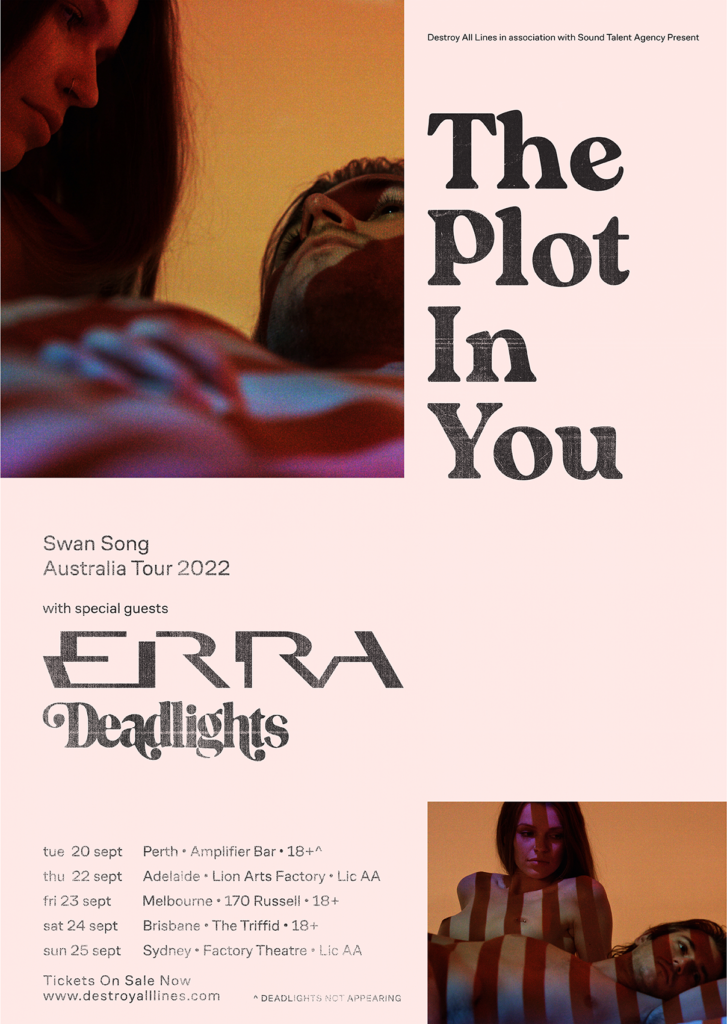