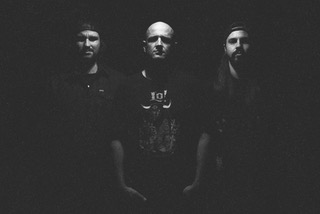 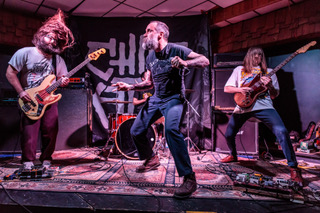 In 2019 CHILD BITE toured Australia for the very first time.  An invitation to record and film a video for the Housefox Sessons in Sydney was gratefully accepted. BLACK RHENO vocalist Ryan Miller happens to be the chief engineer
at Housefox and after hitting it off famously with the CHILD BITE guys, he approached the band about a split 7”. There was a unanimous positive push to get this release underway, and with the help of Dead Set Records (Australia)
and Housecore Records (North America) the release will see the light of day in 2022.

With five full-lengths, countless EPs and a two-disc anthology under their belt, these Detroit natives show no signs of slowing down. To date, CHILD BITE has played nearly 1000 shows throughout North America, Europe and Australia, including tours supporting renowned artists such as Down, Voivod, Negative Approach, Superjoint, Poison Idea, and Unsane.

Black Rheno have been active part of the Australian scene for the last 5 years, with their debut self-released record “Noise Smasher” receiving high praise and earning them a spot at the top of the heap of Aussie heavy bands.
The boys also received a nod to tour the US showcasing at SXSW in Texas in 2018 and toured Japan and Australia in 2019 alongside Eyehategod. They’ve also been on the road with likes of Napalm Death, Brujeria, Lock Up, King Parrot and Psycroptic and have carved out a loyal fanbase with their intense live shows that never fail to engage. The Black Rheno boys are currently touring in support of this release on the “Vengeance of the Hound” and just played one of the stand out sets at the rescheduled Halloween Hysteria Festival in Brisbane. They’ll be bring their off kilter live show to audiences around Australia in the coming weeks.

The Child Bite/Black Rheno split 7” is the amalgamation of two giant forces from opposite ends of the globe clashing together to produce some visceral and hypnotic and bone shattering noise. Strictly limited vinyl with hand printed covers produced personally by Child Bite, this is truly a must have release, plus a brand new video from Black Rheno coming next week! 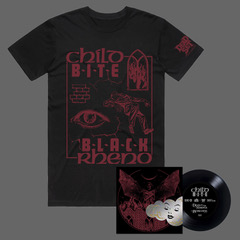 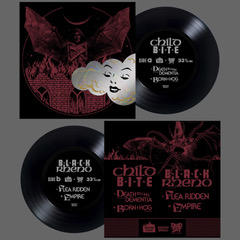