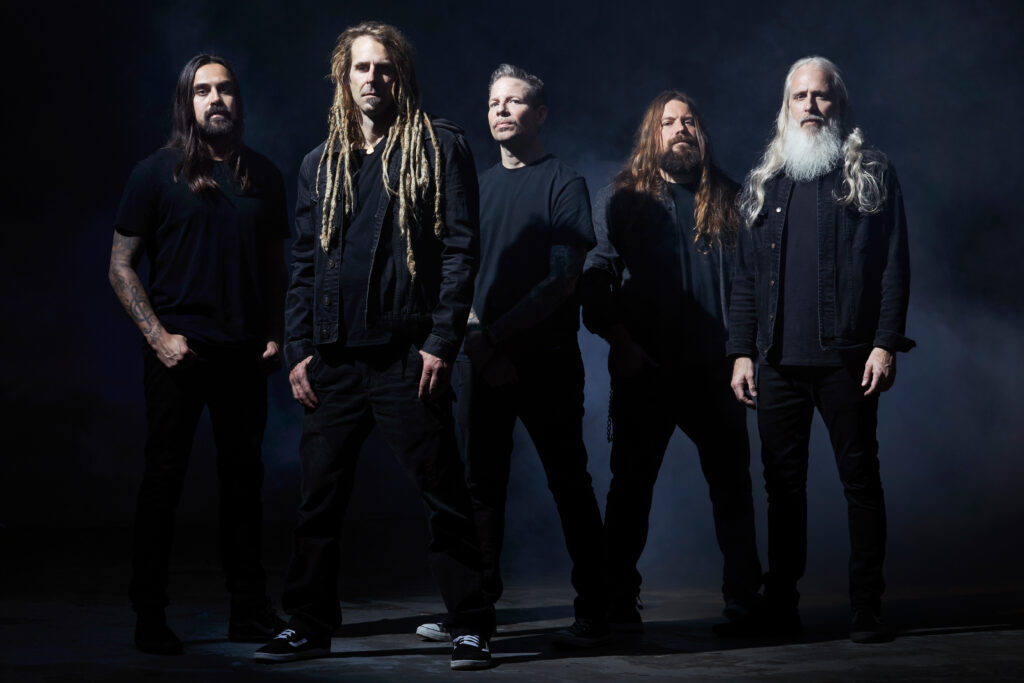 And now, one week before the second instalment of the US leg of their co-headline tour The Metal Tour of the Year is set to commence… LAMB OF GOD releases “Wake Up Dead” featuring Dave Mustaine and the members of MEGADETH. LAMB OF GOD vocalist D. Randall Blythe, guitarists Mark Morton and Willie Adler, bassist John Campbell and drummer Art Cruz recorded the MEGADETH classic remotely and recruited the MEGADETH frontman himself to feature guitar and vocals on the song.

Mustaine lent his signature vocal to the track, with lead guitar work on the various solos by LAMB OF GOD’s own Mark Morton, as well as MEGADETH’s Mustaine and Kiko Loureiro. The recording also includes vocal contributions from MEGADETH members James LoMenzo, Dirk Verbeuren and Kiko Loureiro.

LAMB OF GOD propelled heavy metal into the new millennium two decades ago with the prophetically titled New American Gospel. They followed with 2003’s As the Palaces Burn, which made the Rolling Stone list of the Top 100 Greatest Metal Albums of All Time. Ashes of the Wake, released in 2004, was the first LAMB OF GOD album to be certified gold by the RIAA, as was 2006’s Sacrament, which also made a Top 10 Billboard 200 chart debut. In 2009, LAMB OF GOD released Wrath, their first with Josh Wilbur as producer, and earned the number one album spot on Billboard’s Hard Rock, Rock, and Tastemaker charts, with a number two position on the Billboard 200.

Those number one positions were repeated with 2012’s Resolution, which swung effortlessly between thrash, traditional metal, sludgy doom, with flashes of crust punk swagger and bravado. LAMB OF GOD’s last album, VII: Sturm und Drang (2015) made its debut on the Billboard 200 at number three and finished number 2 in the world charts, reaching Top 5 in five countries and six additional Top 15 positions. The single ‘512’ was nominated for a GRAMMY® Award for “Best Metal Performance”, the band’s fifth nomination.

In 2020 LAMB OF GOD released their critically acclaimed self-titled opus, the band’s best work to date, featuring new drummer Art Cruz, LAMB OF GOD is re-energized and unrelenting, ready to lay claim to the metal throne.