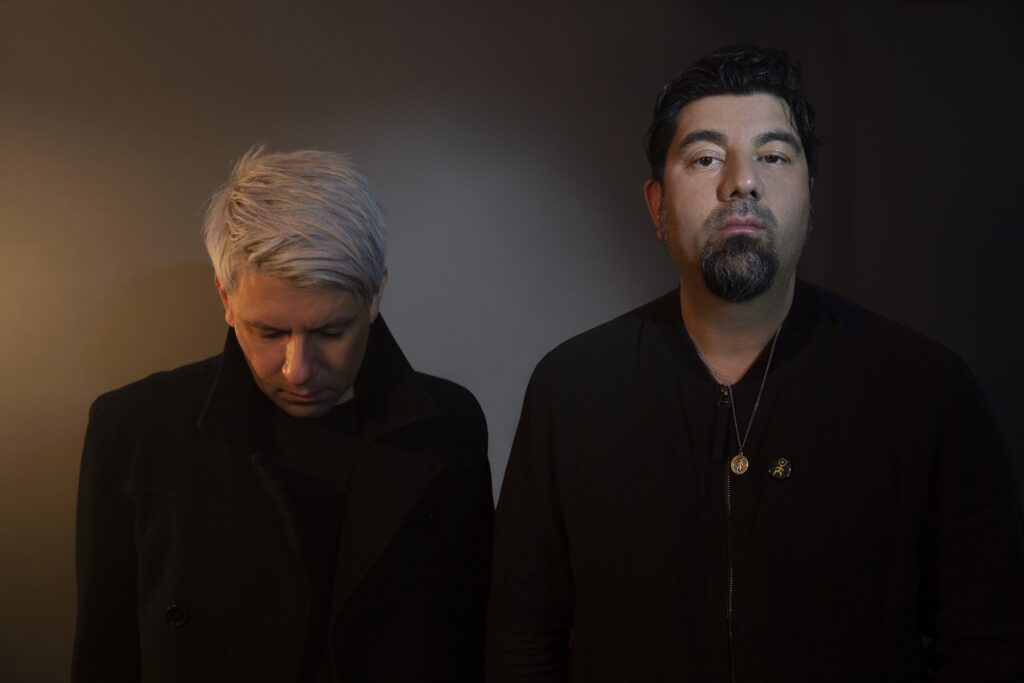 ††† (Crosses) —the duo composed of Deftones’ Chino Moreno and producer/multi-instrumentalist Shaun Lopez—return with two new original songs “Initiation” and “Protection” as well as a stunning new video for “Initiation.”
Listen HERE. Embodying the group’s inimitable synthesis of organic and electronic sounds, the two-song set and visual is their first new release of 2022.

With a foreboding atmosphere inspired by the infamous “The World Is Yours” scene from the classic film Scarface, “Initiation” is urgent; a soundtrack for uncertain times. “Protection,” meanwhile, digs deeper into their influences and electronic textures with its masterful production. The new music arrives coupled with an evocative, artful video for “Initiation” featuring both band members and Thais Molon as a protagonist and recurring character in previous ††† (Crosses) music videos including 2013’s “Bitches Brew” and 2014’s “The Epilogue.”

Formed in 2011, the band released their self-titled debut album three years later. They recently returned to music and ended a hiatus with a surprise cover of Q Lazzarus’s cult classic “Goodbye Horses” and announced a new deal with Warner Records. Previously the group released another cover titled “Beginning of The End” originally by Cause & Effect. As they gear up for even more music to come this year, “Initiation” and “Protection” are the first signs that ††† (Crosses) are officially back.