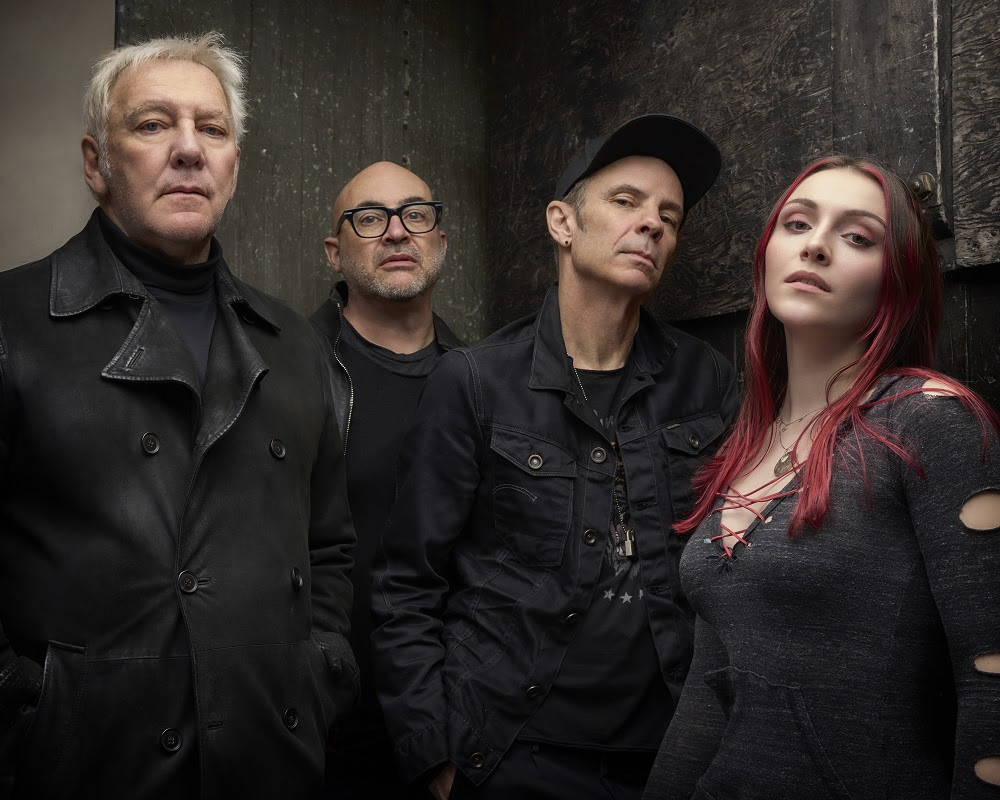 Andy Curran, having a “soft spot” for “Look Inside” recalls the song’s creation “I was in my studio late one night, headphones on… a few glasses of red wine deep and thought, wouldn’t it be fun to pull out my bass, blow up the tone, double it and play to a really messed up super slow drum groove. It’s got a real stoner vibe to it. That’s what happens when you mix wine and bass… Mission accomplished! “.

With the rough bed track and song name sent to vocalist Maiah Wynne her initial thoughts were one of introspection “Sometimes you have to shine a light on all the ugliest pieces of yourself in order to truly change, and you have to keep slaying that dragon over and over again. It is a continuous, slow and painful process. The guitars and bass really drive the grittiness and heaviness I felt when I wrote those lyrics. It feels like an all-encompassing sludge, and that is what I absolutely love about this song.”

Alex Lifeson, as one of the founding members of Rush, throughout his career has been able to explore more musical ground than just about any other guitar player out there – taking rock to new progressive heights throughout the decades and always in the most wildly inventive of ways. His influence can be heard on countless bands around the world, from indie shoegaze and math rock to heavy metal and beyond. Over the last few years Lifeson has been focusing on a new project that, no matter how well-acquainted you are with his discography, will undoubtedly shatter all seeds of expectation and blow the mind. That project is Envy Of None.

Envy Of None also feature Coney Hatch founder/bassist Andy Curran, accomplished producer and engineer Alfio Annibalini and singer-songwriter Maiah Wynne, and their self-titled debut album will be released on April 8 via Kscope. Its 11 tracks – which ricochet between various shades of alternative, experimental and synth rock – throw surprises at every turn, twisting dark melodies against contemporary pop hooks. Lifeson himself is proudly aware of how little of it crosses over with the band that made him famous.

The album’s first single to be released, Liar, is a track full of industrial beats, driving fuzz bass and atmospheric guitars that concoct a seductive swirl, thrilling in ways closer to the darker art rock of Depeche Mode, Nine Inch Nails and A Perfect Circle than anything these musicians have been known for prior.
“Maiah became my muse,” continues Alex Lifeson. “She was able to bring this whole new ethereal thing through her sense of melody on tracks like Liar and Look Inside. After hearing her vocals on Never Said I Love You, I felt so excited. I’ve never had that kind of inspiration working with another musician. When we say she’s special, it’s because she’s really fucking special!”
“One of my favourite things about these songs is the intimacy of them,” reveals Maiah Wynne. “It makes them feel different and more honest. There are some heavier songs too, like Enemy, and then tracks like Kabul Blues, that sound completely different to anything else.”
The album closer, Western Sunset, which was penned by Alex Lifeson in tribute to his dear friend Neil Peart. It’s a highly emotive piece of music to honour a man deeply missed by the rock community at large, and even more so by those who were lucky enough to know him. “I visited Neil when he was ill,” says Alex Lifeson. “I was on his balcony watching the sunset and found inspiration. There’s a finality about a sunset that kinda stayed with me throughout the whole process. It had meaning. It was the perfect mood to decompress after all these different textures… a nice way to close the book.”
Envy Of None’s self-titled album is due for release on April 8 via Kscope and is
available to Pre order NOW!
https://eon.lnk.to/EnvyOfNone 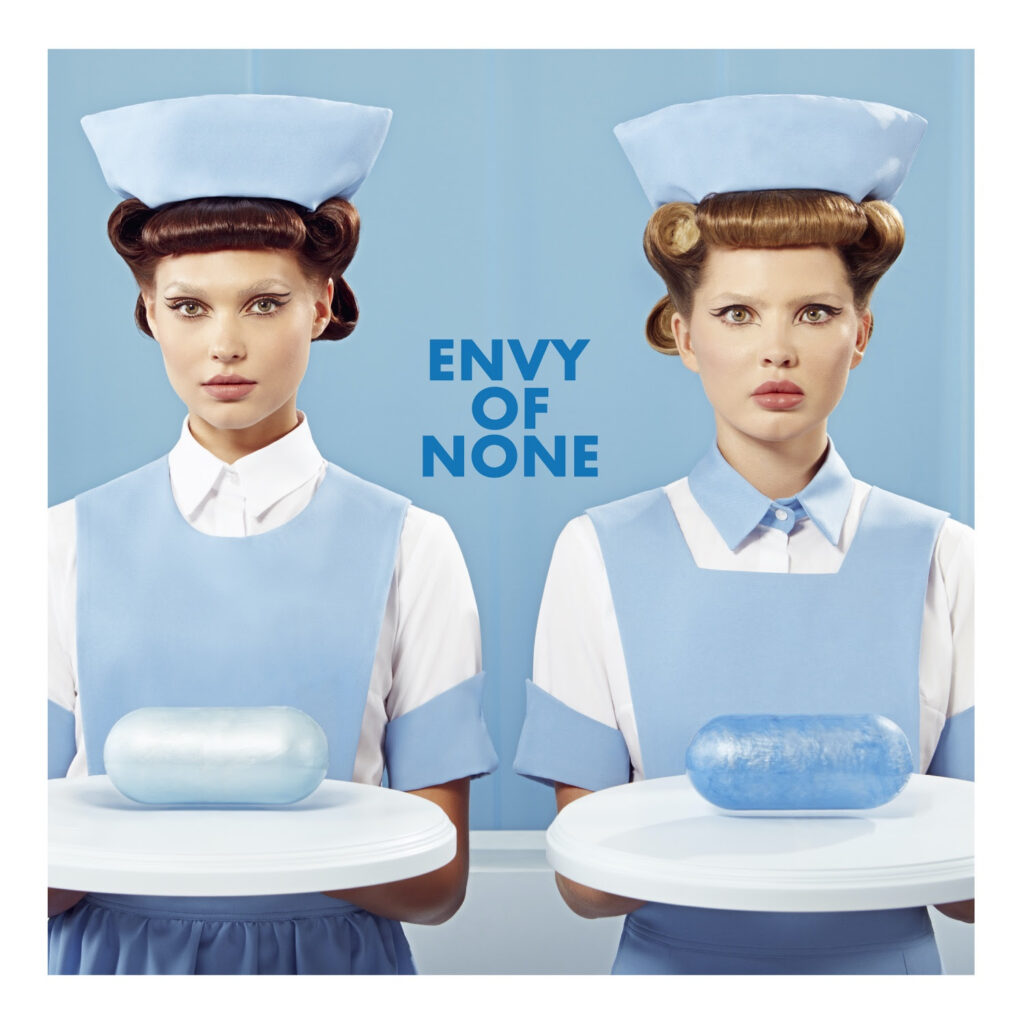