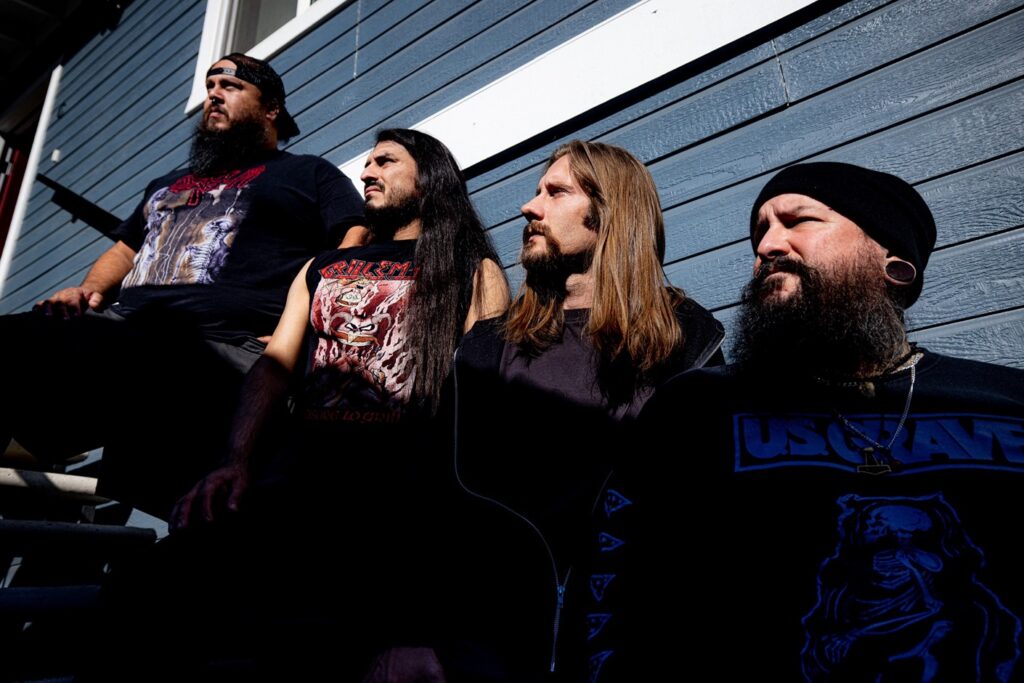 With the release date of their forthcoming new studio album Wake Up Dead being postponed to April 8th, Arizona thrash metallers INCITE are even more excited to share another appetizer from the record with ‘War Soup’ today. The groovy and gritty new track is the first INCITE song ever to feature the vocals of both Richie and Max Cavalera – a historical gathering of heavy metal generations – and deals with the courage of standing up against bullies.

Comments singer Richie Cavalera:
“Our new Jam ‘War Soup” is one of the most kickass songs we’ve ever made! It’s brutal, it’s groovy, and it’s got Max Cavalera ripping vocals with us!!! Turn it up and headband your asses off. The song is about standing up to bullies, not being pushed around, speaking up, and fighting back. I’ve always been quiet, shy and to nice and people have taken advantage of me for that, so now I use my voice, my strength, to not be afraid.”

Get The Track Here: https://incite.afr.link/warsoupPR

In case you missed the previously released music video for ‘Deadbeat’: https://youtu.be/F8otOoZ4gNU

Get your physical copy or pre-save the new album digitally here:
https://incite.afr.link/WakeUpDeadPR