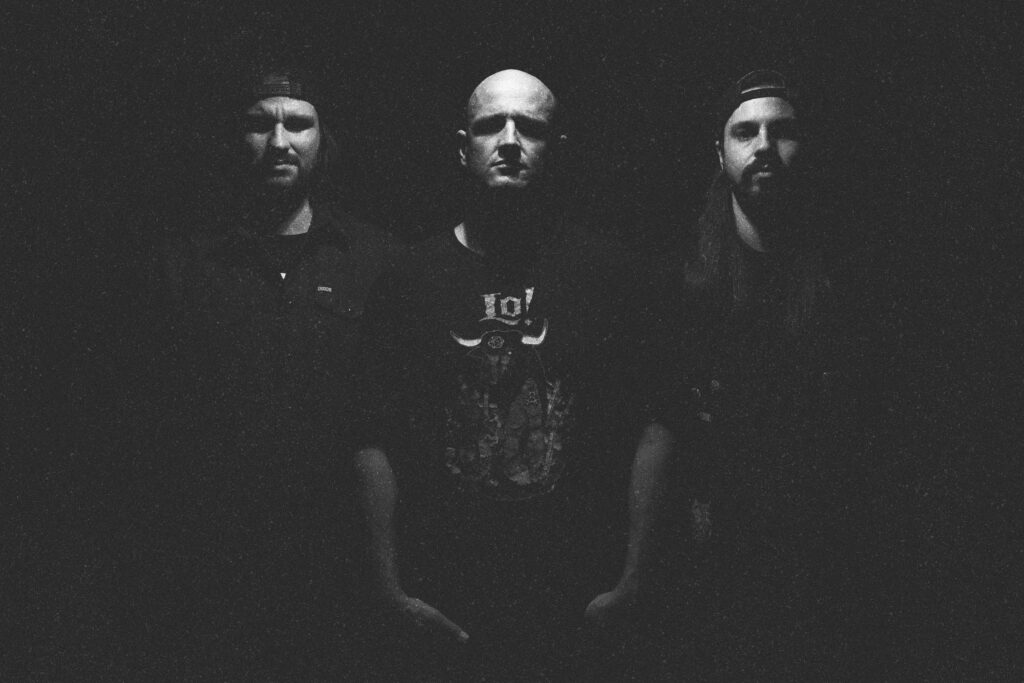 Sydney’s sludge ridden grind & groove lords Black Rheno are about to cut loose a like rabid dog off its leash for a mostro tour. Hitting venues across NSW, VIC, QLD & SA. Celebrating their upcoming single “Flea Ridden”, and an insanely cool 7″ vinyl split with American noise-rockers Child Bite to be released through Dead Set & Housecore Records. While official release dates for the split are yet to be announced, pre-orders will be coming really soon.

Now, if live music’s what you’ve been missing, it’s time to get ready! Black Rheno have just announced a stack of club dates and festivals through April & May, including Halloween Hysteria (Qld) and The New Dead Fest (SA). This is a band that has become synonymous with bringing an all-out high energy assault to every stage they play. Infusing their unique concoction of brutal sludged out grooves and grindcore via their three-piece blend of just drums, vocals and a single guitar. The wall of sound these three create is simply something in itself to behold. Their musical interplay and dynamics take the listener on a total voyage into pure brutal party mode.

In true Rheno style, it looks like we’re for another incredibly entertaining video clip too. Check out the tour teaser and first snippet of their new single “Flea Ridden”. Tickets are on sale now for The Vengence of the Hound Tour, so get in quick as these shows are bound to pack out. 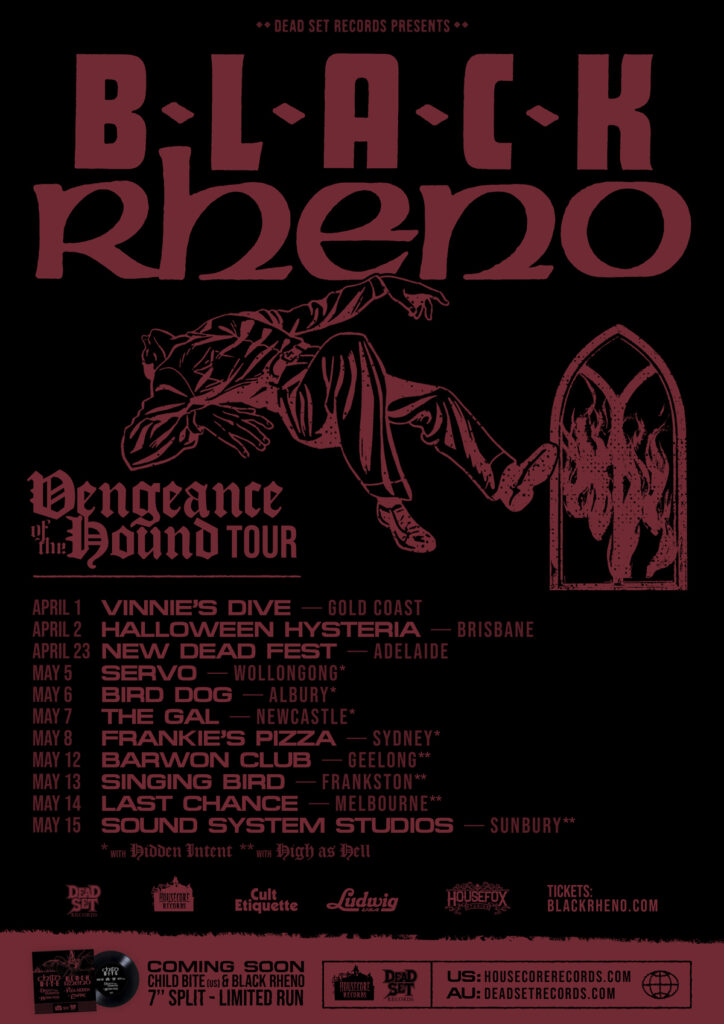