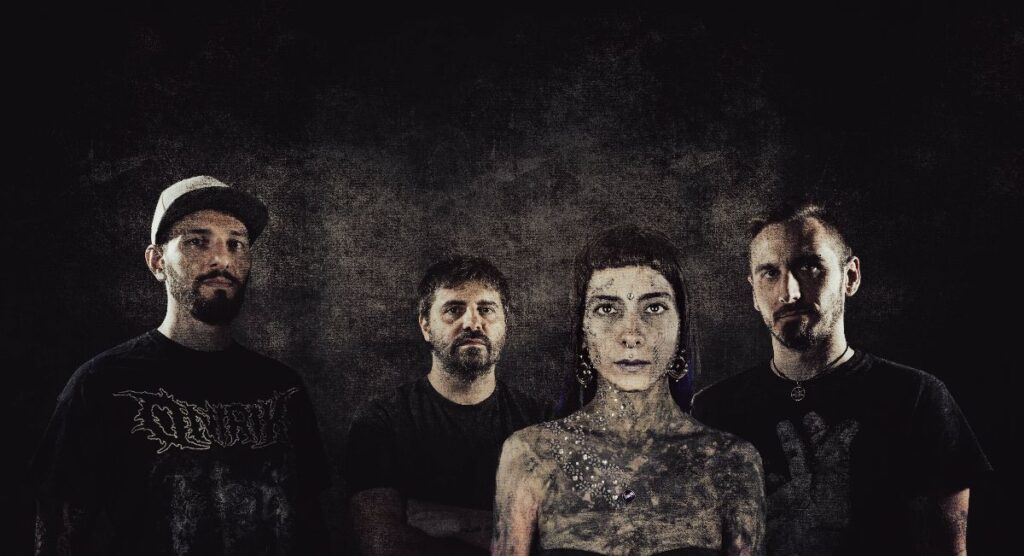 Italian metal outfit syk today unleash their new video for ‘The Hollow Mother’. Now playing at Decibel Magazine, the track comes off the band’s latest full-length, Pyramiden, which is out now.

Notes Ferrian of the band’s latest single, “‘The Hollow Mother’ is about social apathy and how this human behaviour affects society and nature. We should find a new way that does not include violence in the game because no one will ever evolve through violence, except global extermination.“

Adds Decibel, “On the band’s new song and video for ‘The Hollow Mother,’ the band blends an alternative-rock vocal style with the sonic power of death metal and black metal, channelled through and djenty guitar tones. It’s a blend all the band’s own…”

Pyramiden is out now on CD via Housecore Records and digitally via Nuclear Blast with a vinyl addition to follow at a later date. Find physical orders at THIS LOCATION and digital orders HERE

syk has been scorching ears for nearly a decade. Following their debut LP Atoma (2014), the band released their second effort, I-Optikon, on Housecore Records (2016). Produced by Philip H. Anselmo, I-Optikon reaped critical accolades from fans and critics in the know. Lauded New Noise Magazine, “We just haven’t heard anything even remotely like this before – and I don’t think we’re going to forget it anytime soon.” Echoing Magazine championed, “Female vocals that carry a yell like Exene Cervenka, as done with the same power as Henry Rollins,” while Skulls ‘N’ Bones likened the listen to, “…a trip through the empty, shattered halls of someone’s emotional insane asylum,” adding, “it’s music to swallow glass by.”

And with 2022 comes the band’s third full-length Pyramiden. Composed and recorded over the course of three years, the seven-track offering was mixed in the Winter of 2020/2021 at Inverno Studios under the supervision of Fabrizio Gesuato, while mastering took place at Anselmo’s own Nodferatu’s Lair with Stephen Berrigan at the helm. The record features artwork by Elena Romenkova.