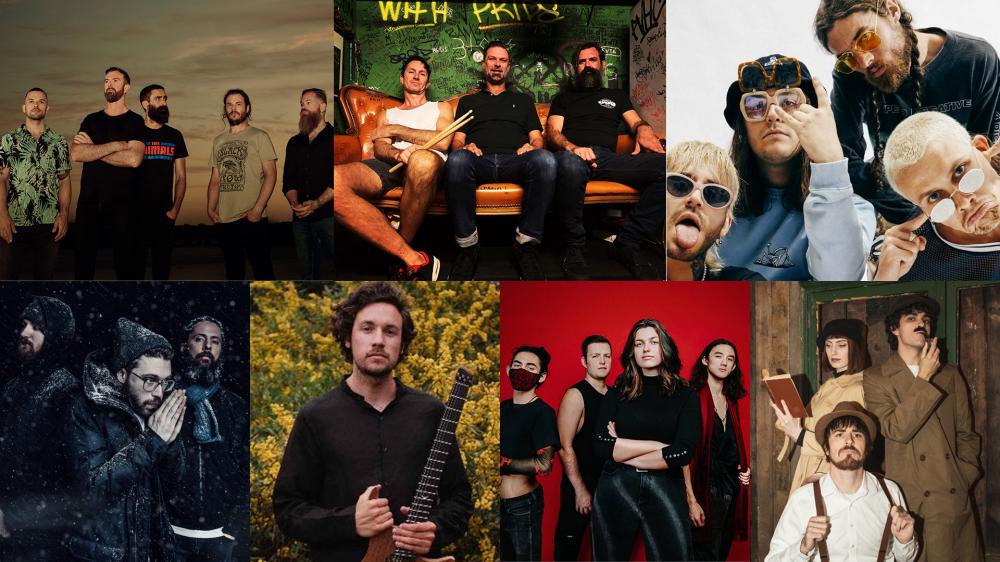 MONOLITH FESTIVAL will forge ahead in August/September 2022.
Today, Destroy All Lines is announcing that the festival’s dates have had to be re-scheduled.
Destroy All Lines issued this statement: “The move of the festival dates is due to Western Australian borders and capacity limits in certain cities. Whilst a lot of these limits and rules have now become more relaxed, factors such as council approvals for festival sites, production, vendors and more, have to be booked well in advance during a very uncertain period, meaning that in order to be certain these events went ahead, the dates had to be pushed back. This means a new venue in Melbourne, but we are very excited about running the show at Port Melbourne Industrial Centre for the Arts (PICA), and we are also super stoked that all artists have been confirmed for the new dates. We apologise for any inconvenience this may cause, but we are very excited and proud to be able to be bringing this almost once-in-a-lifetime festival line-up to Australian audiences in 2022!”
The festival line-up remains the same, but now will take place in August 2022 – Saturday 13 August at Eaton’s Hill Outdoors in Brisbane, Saturday 20 August at Bella Vista Farm in Sydney, Saturday 27 August at PICA (Port Melbourne Industrial Centre for the Arts), Melbourne and Saturday 17th September at Red Hill Auditorium, Perth. All dates are outdoor venues and all Existing Tickets remain valid, no action required. General tickets are on sale now at destroyalllines.com.

There’s no prizes for guessing why there was palpable excitement about Monolith Festival when it was announced in late 2021. It will be the very first time in SEVENTEEN YEARS that Aussie Rock legends Karnivool and COG will tour together on the same line-up!Heading up the line-up is Karnivool – with their acclaimed debut, Themata, the ground breaking follow-up, Sound Awake and the Aria winning #1 album Asymmetry, Karnivool have established themselves as one of the most vital global forces in progressive modern music. Karnivool have gained high praise from international press titans such as Rolling Stone, Billboard Magazine, Kerrang! and Rocksound. A rare sight to see them on a festival line-up, it’s even more special when it has them reuniting for the first time in 17 years with long time musical brothers, COG!Since their return in 2016 after their critically acclaimed albums The New Normal and Sharing Space and subsequent 5 year hiatus, COG have been immersing themselves in their craft with renewed vigour, already having a plethora of new ideas and structures from which to draw new material. Since they released ‘The Middle’ in 2018 – the first new material released by COG in ten years and ‘Altered States’ and ‘Drawn Together’ followed, each song providing further proof that although Cog had lost NONE of their firepower.Rounding out the seven band line-up is the enigmatic/eccentric Ocean Grove, the guitar mastery and groove-laden riffs of Plini, the post-rock power and majesty of sleepmakeswaves, the outright force of nature that is Reliqa, and the up-and-coming instrumentalists Yomi Ship opening up proceedings.MONOLITH FESTIVAL tickets are on sale now at destroyalllines.com. All current ticket holders’ tickets remain valid, no action required. For Ticket enquiries/queries, please go to https://www.destroyalllines.com/contact. 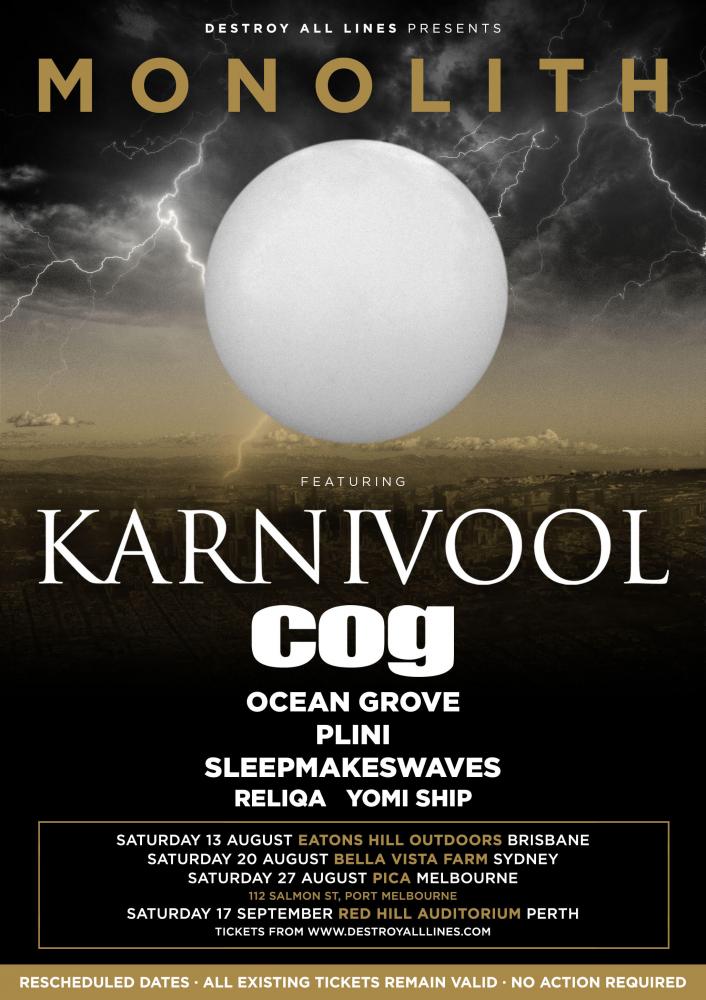