German thrash metal icons DESTRUCTION celebrate their 40th anniversary with their hard-hitting new full-length, Diabolical, out April 8, 2022 via Napalm Records! Today, the relentless legends reveal their new single, “No Faith In Humanity”, raging uncompromisingly with non-stop headbanging action! As one of the most legendary existing German thrash metal bands, DESTRUCTION grace the wall of fame with greats like Kreator, Sodom and Tankard – still going strong after four decades of Thrash Metal! Prepare for neck breaking energy!

On their 15th studio record, DESTRUCTION brings out heavy artillery full of honest and uncompromising thrash metal, catapulting you straight into the seventh heaven of metallic bliss and causing a massacre of razor-sharp sound no fan of the genre should miss!

“This back-to-the-roots dystopic crusher drops an in-your-face message: only solidarity is the key for the survival of our kind!”

“The sonic performance delivers extreme riffs, pounding drums and a shredding solo-part that shows that DESTRUCTION, more than ever, stands for brutal guitars, vociferous vocals, quick as lightning drums and acoustical mayhem! We hope you enjoy it!”

Watch the new music video for “No Faith In Humanity”

SCHMIER states about the recording:
“This was the most fun we had working on a record in a very long time and you can hear that. Yes. it was theoretically a difficult album but we did not think this way while we recorded it. We just followed our emotions, jammed and rocked out with a strong gut feeling! This recording was like therapy to me, we all know how difficult times are at the moment. So I’m super happy how everything turned out!”

Guitar shredder DAMIR adds:
“It was a real honor for me to record this album. The studio work for Diabolical was very spontaneous and we had a lot of fun creating these dynamic, multifaceted and brutal but diverse songs. I loved every second of working on this record!”

Delivering the most brutal thrash metal for over 40 years!
After the charging start of opener “Under The Spell”, DESTRUCTION shows no mercy on title track “Diabolical”, with raging drums, bloodthirsty riffs and hellish vocals that sink deep down into your bones. “No Faith In Humanity” relentlessly rages on with non-stop headbanging action, while DESTRUCTION continues to smash eardrums on “Hope Dies Last” – providing unbeatable brutality with unstoppable speed, destructive verses and screeching voices. “Tormented Soul”, on the other hand, is loaded with proper heavy metal and explosive drums. The grand finale of the 47-minute parade of devastation is provided by cover track “City Baby Attacked By Rats”, originally by GBH, guaranteeing whiplash by combining rough hardcore punk with brute thrash metal.

DESTRUCTION riffkiller FURIA about the new record:
“Diabolical is an album of extremes, everything is more brutal and more technical but at the same time more melodic and to the point. It’s a pure and devastating DESTRUCTION album with no gimmicks, full of power and adrenaline. I’m excited for what the future is bringing and can’t wait to play the new songs live!” 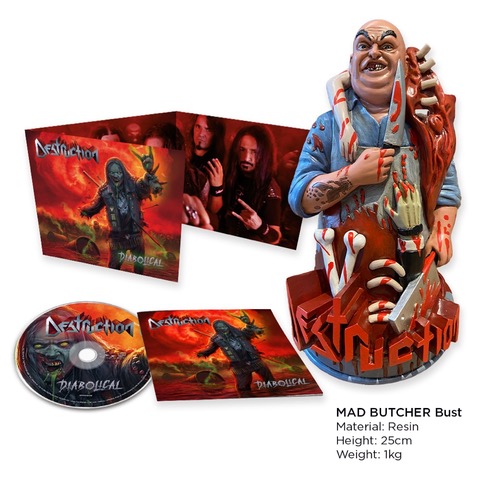 Diabolical will be available in various formats in different territories, including a digital album and CD (bundled with a t-shirt + an exclusive “Mad Butcher”-bust), 1LP gatefold editions in black, crystal clear, marbled yellow/red! 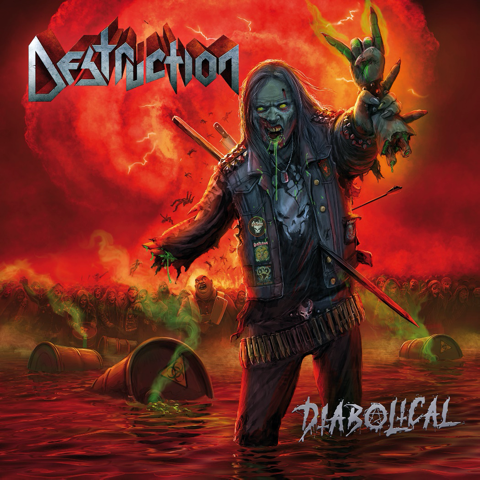