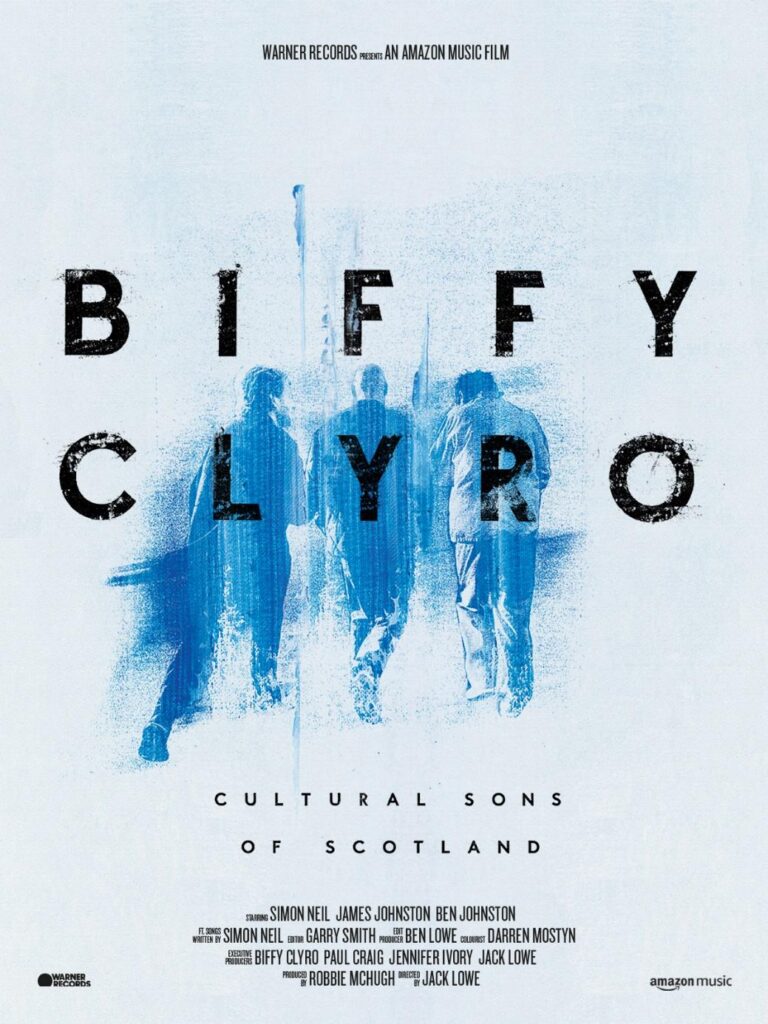 Amazon Music, Warner Records and Biffy Clyro now celebrate the release of Biffy Clyro: Cultural Sons of Scotland, an intimate documentary film showing the back-to-basics recording process they adopted to create their ninth studio album, The Myth of the Happily Ever After. With unprecedented access to the band, the new feature length film takes viewers on the journey with Simon, Ben and James as they return to their home in Ayrshire to create their latest, critically acclaimed album in the most unusual of studio environments. The film explores how the experience of recording an album in Scotland for the first time prompted the band to reflect on the importance of where they’re from, how this has influenced their career to date and reinforced their lifelong bond as friends and bandmates.

Watch Biffy Clyro: Cultural Sons of Scotland exclusively on Amazon Music Unlimited and Prime Video. The trailer is available to watch now on the Biffy Clyro and Amazon Music channels on YouTube.

Recorded over three months in 2021, the band unexpectedly found themselves back where it all began: the west coast of Scotland. Faced with the feeling of uncertainty and despair which swept the globe at the height of the pandemic, Simon, James and Ben were grounded in more ways than one; forced off tour, they headed to their studio on a working Ayrshire farm to process what was happening the only way they knew how. The result was ninth album The Myth of the Happily Ever After, described by DIY as their “… most emotionally powerful record in years.” and Kerrang as “the sound of a world-class band making truly world-class music”.

Biffy Clyro: Cultural Sons of Scotland details the band’s ups and downs and their newfound approach to their creativity, before fittingly documenting their return to the stage for a sold-out outdoor show at Glasgow Green, their first in Scotland in almost two years.

Biffy Clyro’s frontman, Simon Neil said of the film; “In the same part of the world as I wrote my very first song is where we’re making this record, and there’s something really pure about that.”

Drummer, Ben Johnston, commented; “We don’t need all the bells and whistles for us to be fulfilled and happy, we just need the three of us to be making music together and have that vibe in a room – and that’s what keeps our hearts beating.”

Biffy’s bass player, James Johnston added; “Everyone should join a band… if you get a chance to go join a band with your brothers or your sisters, or people you consider to be a brother or a sister, that’s probably the best years you’ll ever have in your life.”