ARCHITECTS have announced the release of their live album ‘For Those That Wish To Exist at Abbey Road’ on March 25th, which captures a historic livestream performance at London’s iconic Abbey Road studios, spiritual home to legends like The Beatles and Pink Floyd.
Watch the video for the colossal version of the first single “Impermanence” HERE.
The album features a reimagined orchestral version of their critically acclaimed, ARIA No.1 album ‘For Those That Wish To Exist,’ which aired as a global streaming event on December 11th last year.

The band’s performance on the album is backed by Parallax Orchestra, made up of some of country’s best and most versatile classical musicians, arranged and written by Simon Dobson, Parallax Orchestra’s conductor and a three times British Composer award (BASCA) winner for his compositions.

In February last year, ARCHITECTS released their 9th studio record, and their first Australian number 1, via Epitaph Records.  Critically acclaimed, self-produced masterpiece tackling the biggest questions facing the future of our planet with their grandest, most expansive sonic offering yet building upon the band’s hallmark post-metalcore sound by layering a burgeoning influence of electronics and orchestral strings, horns and choirs.

Pre-Order For Those That Wish To Exist At Abbey Road 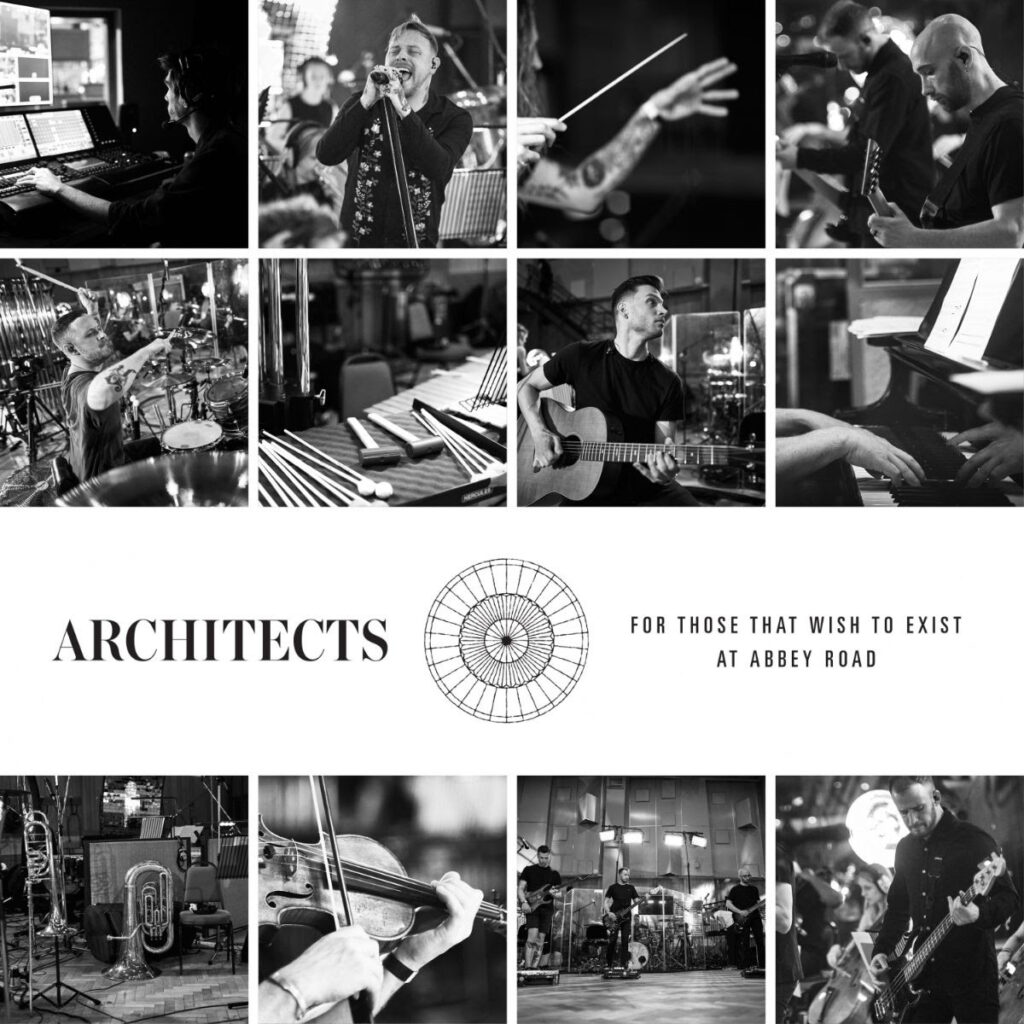