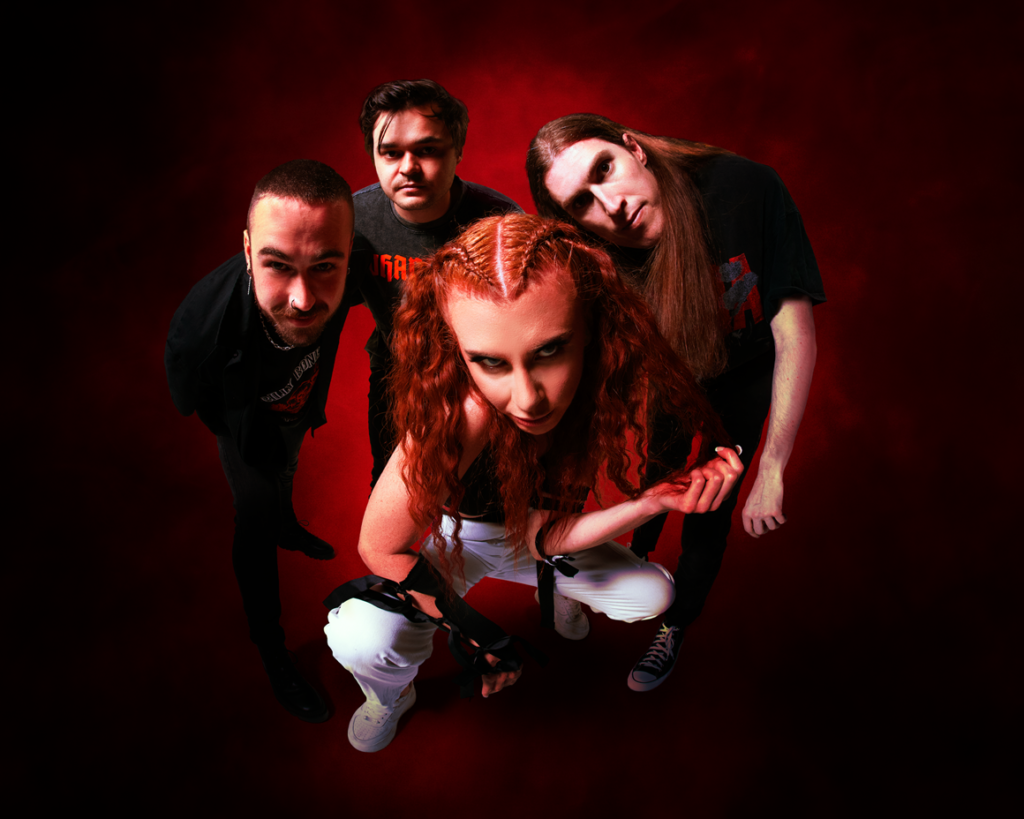 Lead vocalist Emmy Mack explains the inspiration behind the track:

“Writing ‘Low Budget Horror’ was a necessary catharsis for me after a bit of a messed-up experience I had during Sydney’s 2021 COVID lockdown.

A person I’d never met before reached out over social media to give me a heads up that someone else, a total stranger to me, had been (and there really isn’t a more delicate way to put this) viciously blogging her attempts at home-wrecking my relationship. Then, after being confronted with what she’d been doing, the bully backtracked & blamed her actions on her mental health.

I am so sick of people using mental health to justify hurting and harming others. It’s not. And this song is the sound of me processing all my thoughts & feelings around that situation – anger, shock, disgust, pity.

Lyrically, ‘Low Budget Horror’ is a metaphor for online bullies and the pain they try to inflict, casting their targets as victims in a gruesome public spectacle. But more often than not, it’s a pretty D-grade performance.”

2022 is setting up to be a massive year in the live space for RedHook with their long-awaited debut at UNIFY Gathering alongside the likes of The Amity Affliction, Violent Soho, Yours Truly and Ocean Grove, Sydney’s inaugural Full Tilt Festival alongside Northlane and Thornhill, and the rescheduled Halloween Hysteria.

The band will also head out with some of their best musical mates, The Dead Love and Down For Tomorrow on their biggest national headline tour to date, under the banner of the ‘Bring Ya Mates’ tour. They’ll be headlining venues across Melbourne, Brisbane, Sydney, Adelaide and Perth across May.

This continues on from the band’s SOLD OUT 2021 national headline tour and appearances at Download UK, Download AUS, Good Things, BIGSOUND and Stonefest.

‘Low Budget Horror’ comes after a massive 2021 for the band where they released their celebrated debut EP ‘Bad Decisions’, which has ticked up close to 5 million Spotify streams and earned praise from Kerrang! (UK), Rock Sound (UK), Rolling Stone (AUS), Hysteria Magazine, and loads more, with multiple video clips being added to rotation on ABC’s Rage.

‘BRING YA MATES’ 2022 HEADLINING TOUR DATES
With special guests The Dead Love and Down For Tomorrow
Tickets available now at www.weareredhook.com