A new video teaser for the record can be viewed here:

Pre-order your copy of Corpsegrinder now on CD and cassette via thecorpsegrinder.com and martyrstore.net. Additional vinyl copies will be available in summer 2022 – stay tuned for more information coming soon!

A lyric video (created by Randall Hammer) for the first single, “Acid Vat (feat. Erik Rutan)”, can be seen at:

After debuting on the worldwide charts in April 2021 with Cannibal Corpse’s critically acclaimed Violence Unimagined (#2 Current Hard Music Albums – USA, #2 Hard Music Albums – Canada, #2 Independent Albums – UK, #6 Official Album Charts – Germany, and many more!), Corpsegrinder has returned with a solo full-length, set to be one of the heaviest albums of 2022. Throughout the years, the Cannibal Corpse front-man has become a beloved figure in the metal scene and beyond, having one of heavy music’s most brutal voices. That iconic growl shines through on Corpsegrinder, a soon-to-be classic in the vocalist’s celebrated catalog. 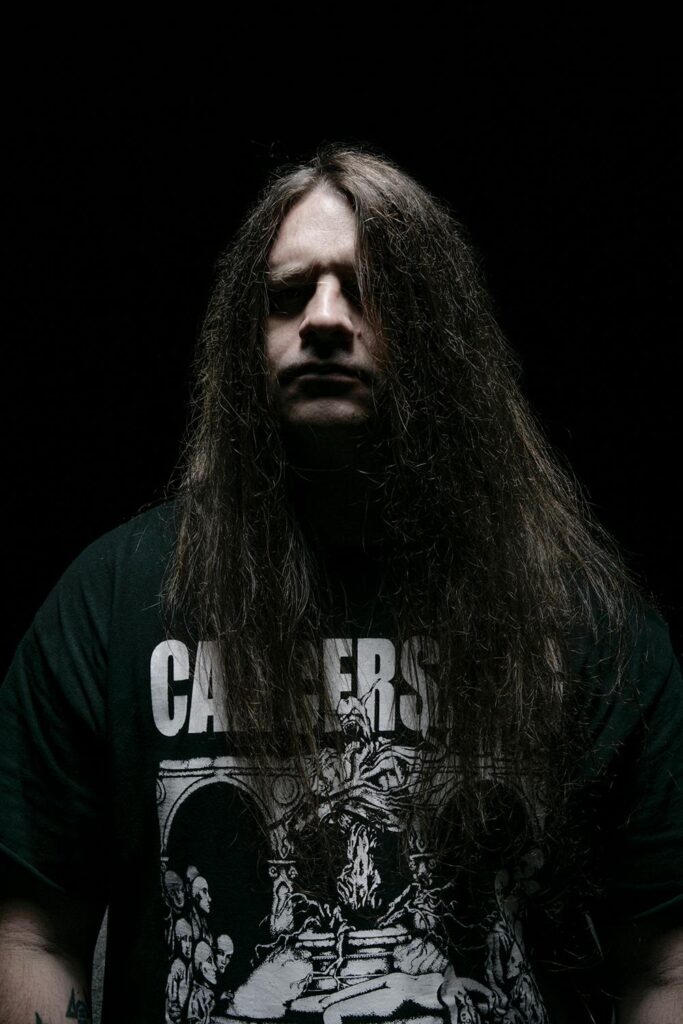