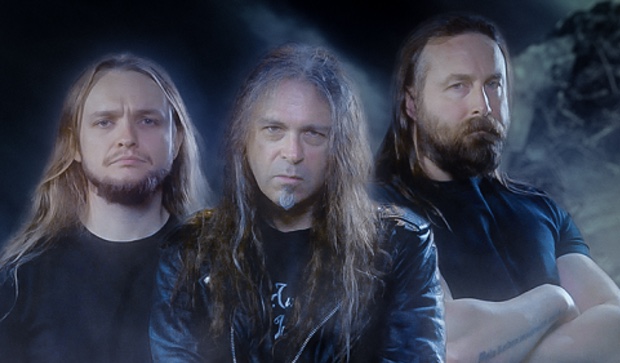 Australian metal band LORD have kicked off 2022 with a bang, releasing their “Blood Red Skies” EP, featuring a cover of the JUDAS PRIEST classic of the same name, as well as a recent cover of IRON MAIDEN‘s “Stratego”

Commented bass player Andy Dowling: “2021 was a big year for cover songs with the release of Undercovers Vol.1 and while we did originally vow to not do any more cover songs for the foreseeable future, here we are! This was a bit of a last minute release and some fun to celebrate what was a big year for LORD. We also think its a great way also kick off 2022 with a quick little tribute to two of the metal kings in Judas Priest and Iron Maiden. We hope this will keep our friends entertained while we continue to work on new LORD music for later this year.”

The full EP, exclusive to Bandcamp, comes with the IRON MAIDEN cover of Stratego which was previously a YouTube only release, Wilder Than the Wind (Dicks Out Mix) being a bonus track from the 2019 studio album Fallen Idols, as well as a half hour podcast chat between Andy and LT, talking about the release, 2021 in review and plans for new music.

You can listen to Blood Red Skies and Stratego on Spotify and Apple Music. The full EP with limited edition CD and exclusive merchandise can be found on the bands Bandcamp store.

LORD is essentially a continuation of DUNGEON, one of Australia’s longest-running heavy metal bands, with over a dozen releases so far. LORD’s 2021 release “Undercovers Vol.1” debuted at #7 on the Australian ARIA charts and #1 on the Australian Independent Records chart. This eclipsed the band’s 2019 full length album “Fallen Idols” that debuted at #20 and #2 respectfully.