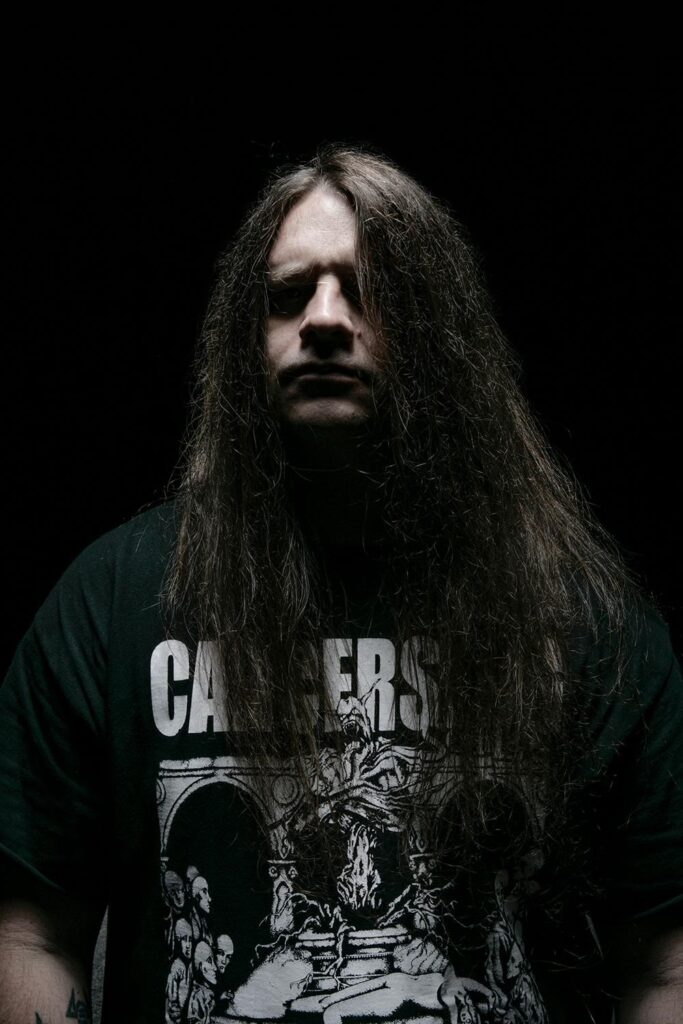 Corpsegrinder comments: “When Jamey approached me to do this record, I was fired up to get into the studio with Erik Rutan and record the vocals! It’s a mix of Death Metal, Thrash and Hardcore, and it sounds heavy as hell!!! I’m really excited about it, and I can’t wait for the world to hear it!!!”

Jamey Jasta adds: “Working with George has been a dream come true, he’s one of the best dudes in metal and one of the most brutal voices EVER. He’s outdone himself on this album!”

Corpsegrinder is also giving fans the opportunity to contribute to the album by getting their names immortalized in his “thanks” list. For more information about how to participate, please visit: www.martyrstore.net

After debuting on the worldwide charts earlier this year with Cannibal Corpse‘s critically acclaimed Violence Unimagined (#2 Current Hard Music Albums – USA, #2 Hard Music Albums – Canada, #2 Independent Albums – UK, #6 Official Album Charts – Germany, and many more!), Corpsegrinder is back with a solo full-length! Set to be one of the heaviest albums of 2022, Corpsegrinder is chock-full of death metal, hardcore thrash, plus Corpsegrinder’s signature guttural vocals. Throughout the years, the Cannibal Corpse front-man has become a beloved figure in the metal scene and beyond, having one of heavy music’s most brutal voices. That iconic growl shines through on Corpsegrinder, a soon-to-be classic in the vocalist’s celebrated catalog.

Corpsegrinder will be available for pre-order in the coming weeks; in the meantime, fans can check out the new video teaser here: