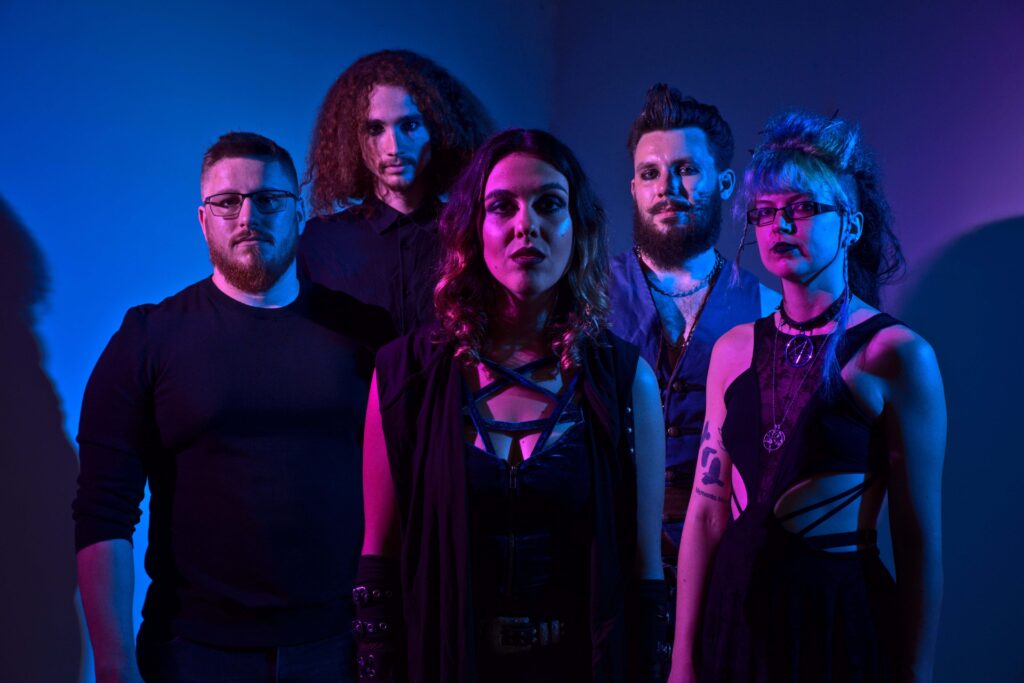 Masterfully layered in its sharpness and precision, ‘Insidious’ delivers moments of depth and cleverness that warrants repeat listens. Showcasing a tantalising blend of Symphonic Metal and Cinematic elements, the band is unafraid to explore drama, angst and vulnerability amongst the flurry of ferocious riffs, vibrant piano passages, catchy melodies and a high impact rhythm section. Vocalist Sam Wolstenholme’s multi-octave vocals shine through the crushing heaviness like shards of explosive power bolstered by magnificent choral layers. Building upon the 2020 release of the group’s sophomore album ‘Chrysalis’, Seraphic have raised the stakes even higher with this defiant new single, adding razor-sharp synths and pop sensibilities to their trademark rich symphonic metal soundscape.

Wolstenholme speaks on the new release: “The track explores the theme of gaslighting and emotional and psychological abuse in relationships. The verses are told from the point of view of the survivor, who has realised that they have been trapped inside their own head by their abusive partner who has been controlling them. The choruses appear to be told from the abuser’s perspective (“and it’s all in your head”) as they instil doubt and fear in their victim’s mind to compel them to stay; however, the choruses are actually an illustration of the hypocrisy of gaslighting from a survivor’s perspective. Overall, thematically, the track paints a very dark picture of the impacts of abusive behaviour, but is empowering for survivors in the sense that they can finally break through the lies and see the reality of the situation for what it truly is”

Carving their way through the Australian Metal Scene, Seraphic’s Euro-influenced Symphonic Metal has been making waves since their debut record ‘Journey to Illumination’ (2017). Embracing their sonic evolution, Seraphic have established themselves as one of the finest melodic metal acts on the East Coast; which saw them perform alongside heavyweights such as Queensryche, Wednesday 13, Overkill, Turilli/Lione Rhapsody, Kamelot & more! Their long-awaited sophomore album, ‘Chrysalis’ gained global recognition amongst music fans and critics alike further cementing the group as a force to be reckoned with. Now with the release of their fierce follow-up single “Insidious”, Seraphic are poised to take the metal world by storm!

‘Insidious’ is Out Now via lnk.to/SeraphicInsidious