Terrance Hobbs comments, “We couldn’t be more excited to bring our fans our new live CD ‘Live In North America‘ featuring Frank Mullen‘s last performances with SUFFOCATION.  We couldn’t think of a better way to wish Frank a fantastic farewell into retirement for all his contributions to this band as a great frontman, influence, and friend – and to also share this farewell with the fans, new and old, who have been there for us over the decades.  We hope the fans will hold Frank’s last recorded live tour with us close to your hearts as we do.  As another chapter from SUFFOCATION closes, we are more than ready and anxious to bring you more new music and classic death metal in the upcoming months and years.  So keep your eyes and ears open, stay heavy and play it loud…. see you all on the road!”

PRE-ORDER your copy of Live In North America here:

https://suffocationofficial.com/live-in-north-america (local physical will be available)

SUFFOCATION created the template for the brutal death metal genre in the early 90s. Landmark albums such as Effigy Of The Forgotten and Pierced From Within also went on to inspire the birth of the tech-death and slam death metal genres. With the departure of original vocalist Frank Mullen, the band marks an end of an era with a live album recorded live during his last North American tour. Mixed and mastered by Christian Donaldson (BEYOND CREATION, CRYPTOPSY) this release plays like a “best of” and is the perfect farewell to one of the most influential singers in extreme music. The artwork for the album was created by Jon Zig.

Below is the ‘Live In North America’ tracklist:

Effigy Of The Forgotten 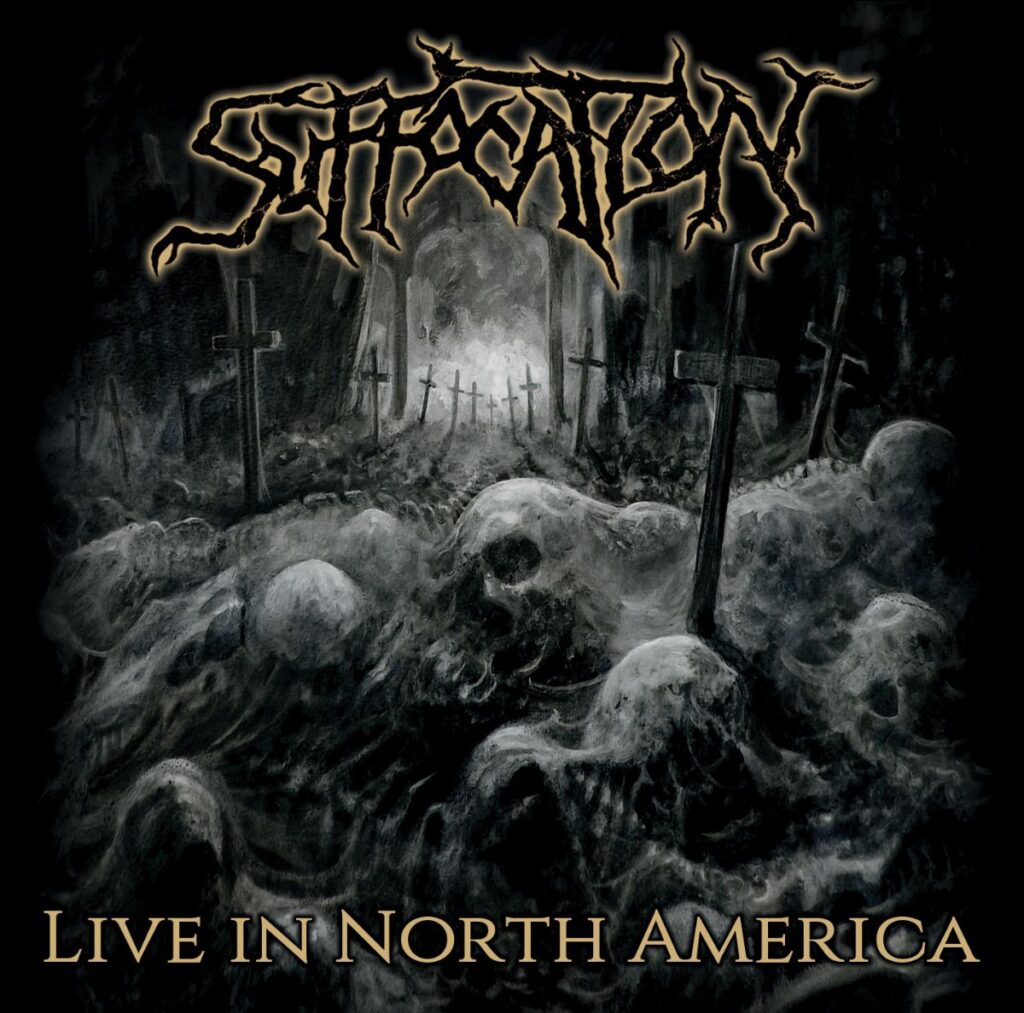